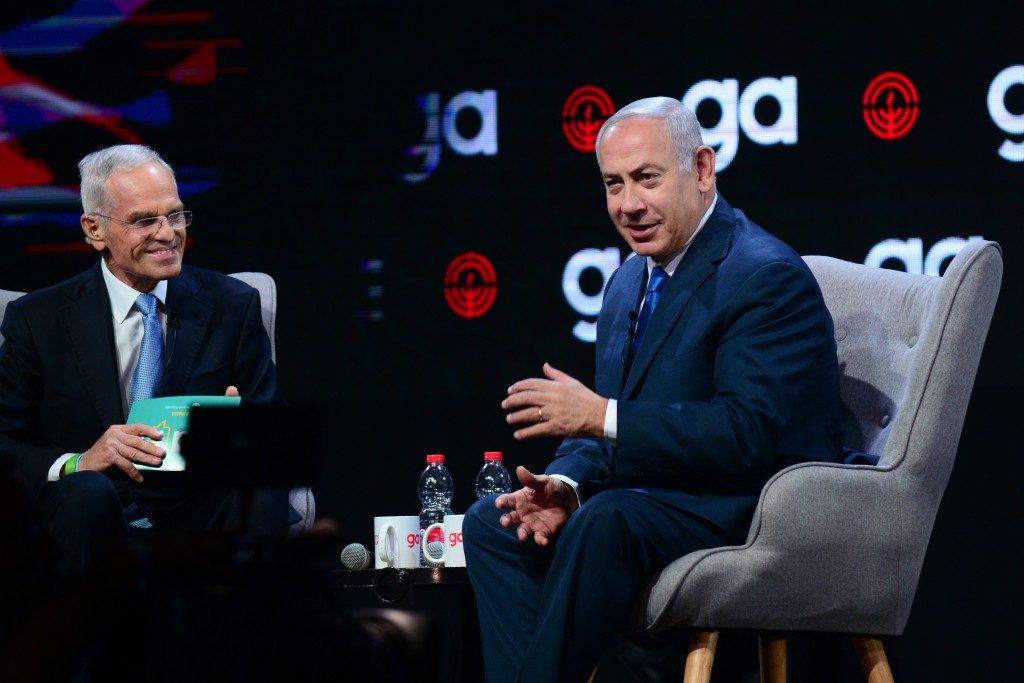 The General Assembly of the American Jewish Federation took place this past October in Tel Aviv. The theme of the conference was advertised as “Let’s Talk.” Ostensibly, the goal was to create a dialogue between Israeli and Diaspora Jewry, who, according to Federation leadership, are moving away from each other.

Once the program was announced, it became obvious that no dialogue was intended. There were no speakers representing American Orthodox Jewry. Only a few token representatives of most of Israeli society that identifies itself as traditional, Orthodox or chareidi made it onto the roster of speakers.

Am Echad was formed by Rabbi Moshe Sherer, z”l, some 25 years ago to be the voice of American Orthodox Jewry in Israel. One goal of the organization is to let the powers-that-be in Israel know that Federations and heterodox Jewish movements do not speak for all of American Jewry. Recently reinvigorated, Am Echad created a campaign through ads, op-ed pieces and social media to make that point at the GA. They successfully got out the message that the GA was in fact a monologue — or more accurately, a lecture — rather than a dialogue.

If there was any doubt as to the veracity of Am Echad’s claim, it was dispelled at the opening session when Co-Chairman of the GA Marius Nacht gleefully announced that the responsible parent, namely American Jewry, had come to speak with the rebellious teen, the Israelis.

Toward the end of the conference the JTA reported on a meeting Israeli President Rivlin had with some Federation leaders:

“Rivlin invited a select group of about 100 American Jews to his official residence in Jerusalem. While he sat in the center of the room, in a cushioned chair, three leaders of the Diaspora’s largest Jewish community explained their issues with the Jewish state.

“The Jewish identity of many young American Jews is reflected through the lens of tikkun olam, social justice values,” said Eric Goldstein, CEO of New York’s UJA-Federation. “And they experience a mental discomfort when they use that lens to look at many current Israeli government policies: settlement policy, nation-state law, treatment of asylum seekers, marriage equality and marriage rights — more broadly, the monopoly that the Orthodox has over religion and state in Israel.

“That laundry list of grievances, everything from how Israel treats the Palestinians to whose marriages it recognizes, is what lies behind the theme of this year’s General Assembly, the annual conference of the Jewish Federations of North America …”

I am reminded of the old joke about a husband and wife traveling by car (when cars still had bench seats in the front) and the wife laments, “When we were first married we used to sit next to each other. Now, I sit all the way at the passenger window and you at the driver’s window. How have we grown apart? To which the husband responds, “I’m still sitting in the same place!”

The non-Orthodox Jewish community has been inconsistent in its relationship with Israel over the last 70-plus years. It went from anti-Zionism to secular Zionism and from pro-Israel to pro-BDS. They have raised money for Israel bonds and threatened to withhold funds when the government’s policies were not to their liking. They have waffled between concern for Israel’s security and support for the Palestinian cause. I recall my days on the LA Federation CRC, when the Israeli consul general was jeered upon his entering the room.

Through all this, Israel is still sitting in the same place. One wonders who the adult is and who the child.

Following the GA, a plethora of studies were commissioned both in America and in Israel aimed at supporting the contentions that Israel is losing touch with American Jewry and that most Israelis agree with the Federation outlook and policy ideas.

One such study was conducted by the Israel’s Institute for National Security Studies (INSS) at the behest of the Ruderman Family Foundation. Foundation president Jay Ruderman recently reported on the study in the Jerusalem Post, stating, “Israeli practices such as settlement expansion, restricting non-Orthodox access to the Western Wall and the Knesset’s recent adoption of the ‘Nation-State Law’ are beginning to alienate American Jews who have been devoted to promoting Israel’s security needs and U.S.-Israel relations.” He goes on to chastise Israeli decision-makers for minimizing this problem, in effect chiding them to bring their approach more in line with liberal American thought.

Contrast this with another study reported in the Jerusalem Post by Jeremy Sharon on November 9. This study, commissioned by J Street, of all groups, and carried out by GBA Strategies, came to a very different conclusion. Some of the results include the following: 65 percent of American Jews are very or somewhat emotionally attached to Israel, while 35 percent are not. When asked if their feelings have changed over the past five to 10 years, 55 percent said they remained the same, 26 percent said they felt more positive and 19 percent said they felt more negative. Sixty-five percent were largely unaware of any controversies about religious pluralism in Israel. Fifty-four percent felt that Israel’s policies toward Palestinians made no difference to their feelings about Israel, while 29 percent said it made them feel more negative and 17 percent felt more positive. This study seems to indicate that most American Jews are either feeling positive, not concerned or not aware of what is going on in Israel.

Another study done in Israel by the Jewish People Policy Institute (JPPI) attempted to identify the main characteristics of Jewish culture in everyday Israeli life. This study claims that 55 percent of Israelis practice a brand of Judaism that mixes traditional Jewish and Israeli nationalistic sentiments, 15 percent practice mostly nationalism, 17 percent practice mostly tradition, and 13 percent are “universalists” or left-leaning and often feel alienated from other Israelis. It found that Israelis are not very concerned about Jewish continuity in Israel, viewing that as an issue only in the Diaspora. Two-thirds felt it was important for their children to remain Jewish, while 86 percent had strong confidence that they would.

The picture that emerges shows two Jewish communities essentially moving in different directions. The differences, however, are not between liberal and conservative political thought; rather they are about one community expressing some form of Jewish identity and one losing connection with that identity.

The response to all this ought to be to find ways to enhance Jewish identity in the Diaspora, rather than to try and import failed programs to Israel.

As Alex Traiman, managing director and Jerusalem bureau chief of the Jewish News Syndicate wrote last week, “Let’s put aside our disappointment and this newfound toxic rhetoric, and instead focus on commonalities that bring us together and make us proud of one another, as well as on constructive solutions that strengthen our people.”

Here is my message for the Jewish Federation. If you want to “talk,” let’s have a real dialogue. Before you take it upon yourself to lecture Israel, why don’t we begin here in the United States? But let us put away the grandstanding and begin by listening. Let us see what we can resolve here before we attempt to export one-sided solutions to the Jewish state. You may learn that the future of American Jewry is no longer in your hands, much less that of Israel.

Together, both American Jews and Israelis should let their leaders know that they are “fed up” with the tone the Federation is introducing to the Relationship.

We can start by discussing what a Jewish State means to each of us. Why is it so important for us? Or is it important at all? We can begin to think about how we should respond when Israel doesn’t seem to follow our preconceived notions, even long-held ideals. We might explore problems in Jewish communities here in America. Most importantly we can begin to listen.

Some 30 years ago, I participated in an intra-religious dialogue in Los Angeles at the request of a leading Rosh Yeshivah. While no theological or philosophical issues were resolved over the course of that dialogue, the participants learned to work together where possible. I learned that there are Jews in the other movements who are very committed and concerned. I also learned that most of their own constituencies did not share that commitment. I think they learned that Orthodox Jews do not hate them. They in fact love them and are concerned about them. We were able to dispel myths and open lines of communication.

Models for such a dialogue exist, but it all starts with listening.

So Federation, are you game?

Dr. Irving Lebovics is Am Echad co-Chairman and president of Agudath Israel of California.