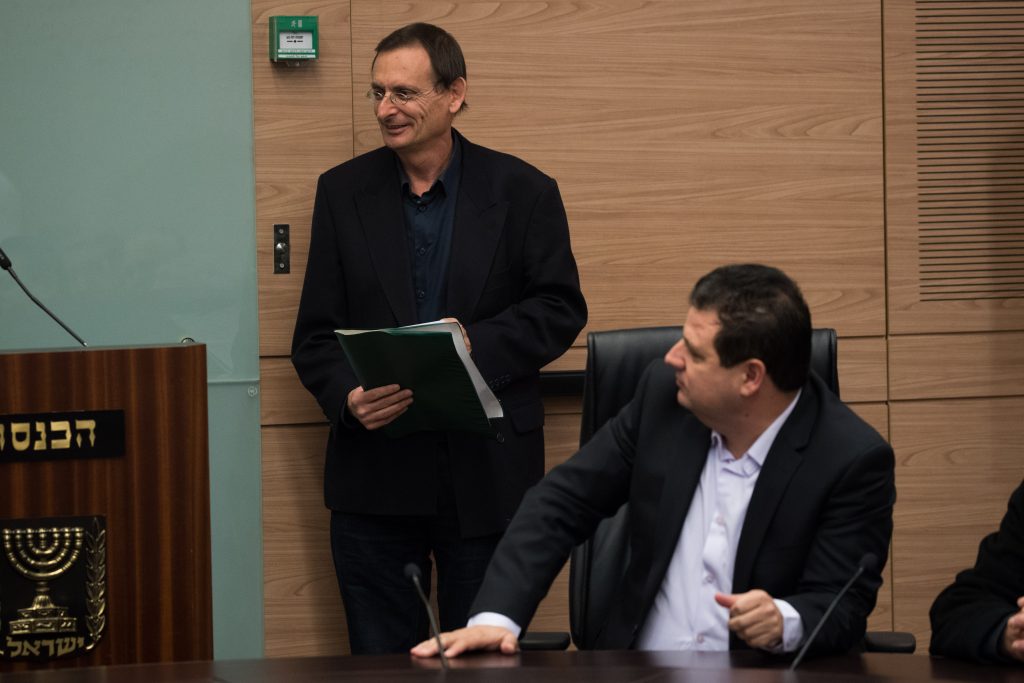 Shortly after Labor party chairman, Avi Gabbay, broke up the coalition of Labor and Tzippi Livni’s Tenuah, which made up the Zionist Camp, Israeli media reports said that he was seeking Benny Gantz as a replacement.

Sources close to Gabbay were quoted as saying that the bombshell announcement effectively jettisoning Livni from his camp, was aimed at Gantz, who has just formed his own party to run for office.

However, Gabbay’s gamble may not pay off. The shock waves that enveloped the political world at his peremptory decision on Tuesday – without giving Livni or many other Zionist Camp MK’s prior notice – included his own Labor party.

MK Eitan Cabel, one of several reportedly mulling a departure from Labor, complained that Gabbay should have consulted with other party leaders before making such a momentous decision, according to the Kan broadcaster.

On the other hand, MK Shelly Yachimovich, was unfazed by it, praising it as “brave.”

“Avi Gabbay’s step was dramatic, brave, and displays leadership,” said Yachimovich on Twitter. “We can’t deny the facts: Even though Livni is a worthy person, the agreement between her and Gabbay didn’t work. The opposite. It weakened us, particularly since it was clear that she didn’t accept his leadership.”

Later in the day, the Knesset’s House Committee officially recorded the dissolution of the Zionist Camp into the Labor and Hatnuah parties.

The motion, which is “in accordance with the agreement signed between the Labor and the Hatenua parties on the eve of the elections to the 20th Knesset” means that the 24-seat union will split into 18 Zionist Camp MKs and six Hatenua MKs.

In other political developments on Tuesday, the Joint (Arab) List’s only Jewish MK, Dov Henin, announced his resignation from the Knesset after 13 years in the parliamentary body.
“I am not quitting political life and I do not intend to rest at home,” said Henin, who was first elected to the Knesset in 2006 on the Hadash list. “But I am going to change how I am politically active.”

“I am proud of the role that I have played, together with my friends, in insisting on protecting the bridge between Jews and Arabs in this country, in a reality in which the abyss between the two peoples is becoming deeper. This is the key to our future,” Henin said.

“But despite all the achievements, I cannot avoid a difficult truth,” he added. “Israel is heading in a dangerous direction. In the absence of progression toward peace, we will deteriorate into wars. The democratic space is under heavy attack. Government incitement against the Arab public is increasing, racism is spreading, and poverty and gaps in society are deepening.”

Yesh Atid leader Yair Lapid said at a press conference on Tuesday that he intends to have Barbivai serve as a senior minister, if he is in the next coalition.

Barbivai was the head of the IDF’s Manpower Directorate and the first woman to serve in the General Staff.