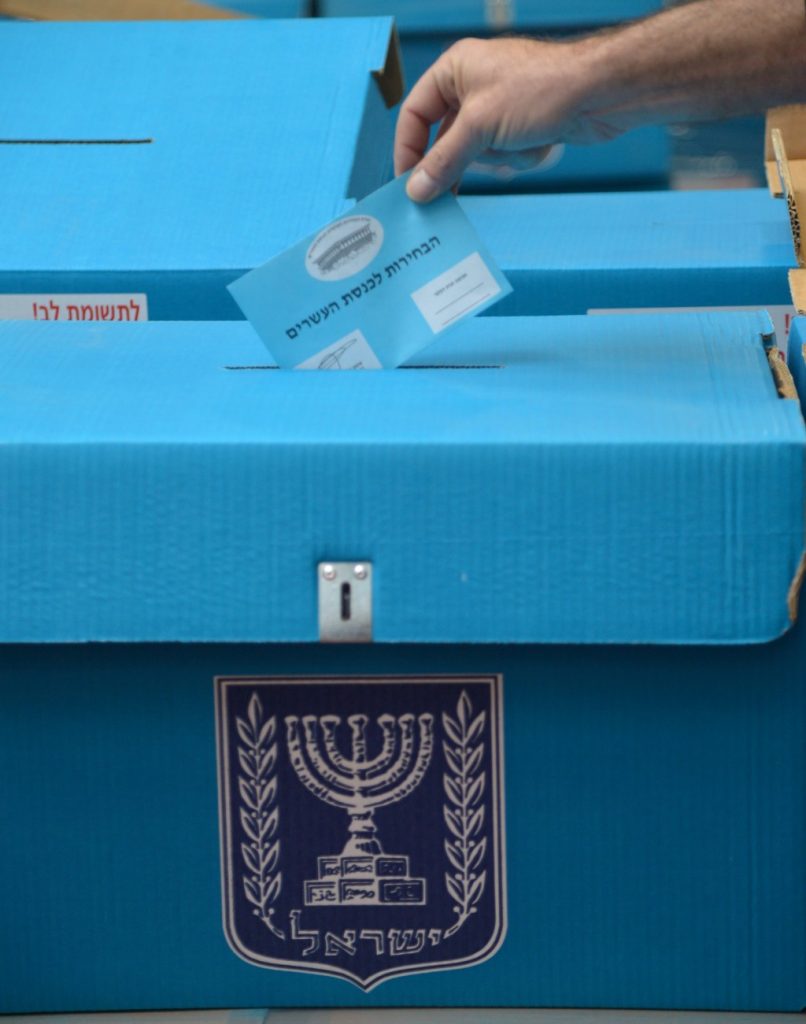 Elections are the lifeblood of any democracy, but in Israel they can be destructive.

The problem isn’t with the voting itself. Israel has a well-oiled election-day regimen that provides an opportunity for citizens everywhere to do their democratic duty, even soldiers on the frontlines, diplomats abroad and prisoners.

Every voting station has representatives of all the parties present to ensure no funny business. There’s a system for checking the ID card of the voter and making sure he votes only once.

And the system of counting the votes, which requires opening sealed envelopes and tallying the number of chits cast for each party, is cumbersome but efficient. Within a few hours after the polling stations close, the results are known.

The problem is in the period leading up to voting day, the campaign, during which each party tries to win over as many voters as possible. The national elections scheduled for April 9, formally proclaimed last week, has already reshuffled the political cards, with many new parties and split-offs, all of whom will be seeking support.

There is Benny Gantz, the former IDF chief of staff who is wildly popular (because he’s an unknown who’s never held political office or taken a political stand on any issue). Polls show him garnering 15 Knesset seats, or more.

Then there is Moshe Yaalon, another former IDF chief of staff, who does have a political track record and therefore isn’t getting anywhere near 15 seats. He’s hoping to come away with two or three (or to join forces with Gantz’ party).

There is MK Orly Levy-Abekasis, who split off from Avigdor Liberman’s Yisrael Beyteynu party and is positioning herself as the champion of the economic underdog. Her new party, Gesher (it’s the name her father, David Levy, gave to his split-off party years ago), is projected to win around six seats.

There are at least two split-offs from the Kulanu party — founded by Moshe Kachlon, who himself split off from the Likud — Yoav Galant and Michael Oren. Galant is going to compete for a spot on the Likud ticket, while Oren is still weighing his options.

And there was the big earthquake of this young election season — the split-off from Jewish Home of party leaders Naftali Bennet and Ayelet Shaked, to start the “New Right” party. The National Religious Party, the base of Jewish Home, is furious at their betrayal, while the Likud is angry at their attempt to “steal” votes from its secular right wing base.

All this is just part of the election picture. There is also Eli Yishai and Baruch Marzel and other players who are looking for the electoral vehicle that will bring them to the Knesset.

The problem is that when the dust settles and we finally know who is running, each candidate will try to distinguish himself, to stand out for something that will make the voters pick him.

But unfortunately, there aren’t enough real issues to go around for so many parties and split-off parties. How is Avigdor Liberman, head of the right wing Yisrael Beytenu, going to distinguish himself from the Likud and the new “New Right” party? How is Yair Lapid of Yesh Atid going to win back voters that abandoned him in favor of Ganz?

They’re going to do it by creating fake campaign issues, like the chareidi failure to serve in the army or to participate in the workforce. (They are fake because an increasing percentage of the general public does not serve, certainly not in combat roles, and the army admits that it doesn’t know what it would do with tens of thousands of chareidim. As far as the economy, yeshivah students who have reached the point where they must go to work have, on the advice of their Rabbanim, been increasingly getting training and going to work.)

These unscrupulous politicians will do anything to attract attention and votes, even if it pits one part of the nation against another, including using inflammatory, bigoted language that guarantees them a headline. We can expect Liberman and Lapid to outdo one another in their anti-chareidi rhetoric.

Time after time, we hear terms used regarding chareidim that would never be “acceptable” if used in the context of Arabs, Ethiopians, migrant workers or any other group.

The Israeli public, whether religious or irreligious, ought to make it clear to all political candidates that such conduct is reprehensible and unacceptable. Were a politician running for office in the United States to make such egregious comments about any minority, there would be howls of outrage from all sides of the political divide. The chareidim in Israel deserve the same consideration.