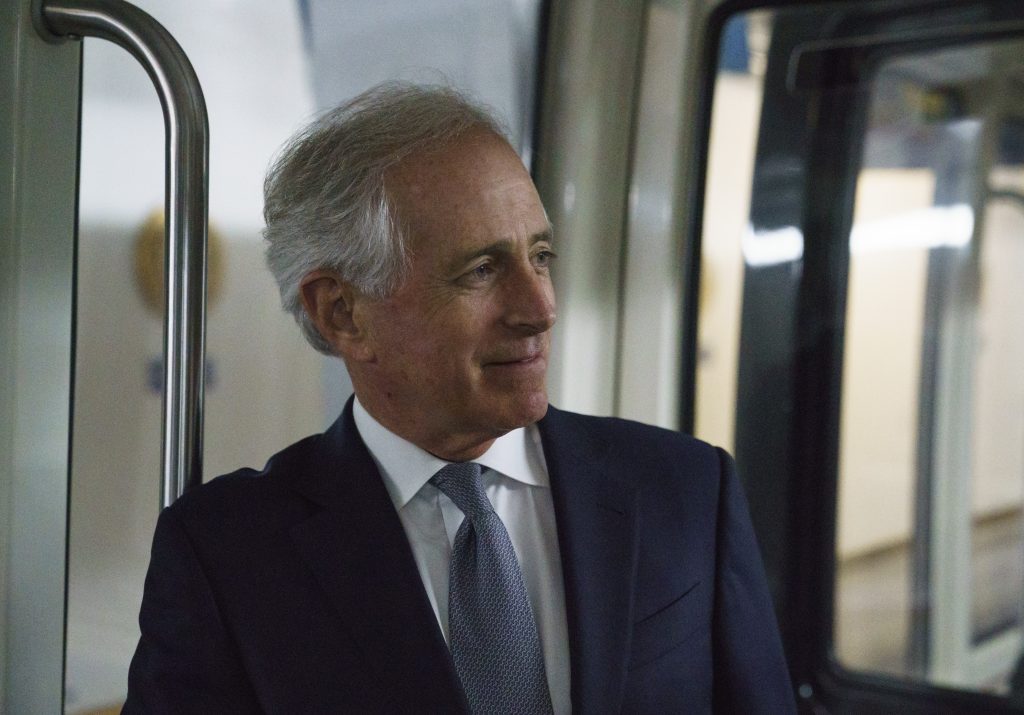 President Donald Trump’s most prominent GOP critics on Capitol Hill are days away from completing their Senate careers, raising the question of who — if anyone — will take their place as willing to publicly criticize a president who remains popular with nearly 9 in 10 Republican voters.

Sens. Jeff Flake of Arizona and Bob Corker of Tennessee engaged in a war of words with the president on myriad issues over the past 18 months, generating headlines and fiery tweets from the president. Those battles put them on the outs with many in their own party, and they paid a price. Both decided to retire rather than take on a difficult re-election campaign.

For now, don’t expect any Republican senator to take their place as chief agitator when the new Congress convenes Thursday, said Rory Cooper, a GOP strategist who helped lead the “Never Trump PAC” during the 2016 Republican primary. He said publicly criticizing the president makes Republican votes back home unhappy and earns the ire of the president. Meanwhile, Democratic voters and the media give them too little credit, he said.

“There is not an incentive structure for senators who disagree with or oppose the president to speak out right now, but that could change if the [Robert] Mueller investigation continues to move in the direction it has been or the economy churns negative,” Cooper said.

Two other Republicans, Sen.-elect Mitt Romney of Utah and Sen. Ben Sasse of Nebraska, have both had their public run-ins with the president.

Throughout his Senate campaign, Romney insisted that he would agree with Trump on some issues and not be shy about disagreeing on others. Romney appears to have more room with GOP voters in Utah to take on the president. Most voters in Utah — 64 percent — would like to see the senator confront the president, according to data from AP VoteCast, a survey of midterm voters.

But Cooper said he doubts that’s a mantle Romney wants to take on, at least not right away. After serving as governor of Massachusetts, Romney will be focused on proving that he’s an advocate for Utah, Cooper said.

“I think that’s where his head will be at the outset,” Cooper said.

Sasse has frequently criticized Trump for what he considers the president’s uncivil rhetoric. Sasse has also said he “regularly” considers leaving his party and becoming an independent. He is up for re-election in 2020 and has said he’ll decide by the summer whether to seek a second term. It would be tricky terrain for Sasse to publicly battle with Trump, who won the state in 2016 by 25 percentage points.

Sen. Dick Durbin, D-Ill., said he suspects the 2020 elections will prompt more Republican senators to confront Trump when they disagree with him, and that may already be happening, citing recent actions on Saudi Arabia.

The Senate passed a measure that blamed Saudi Crown Prince Mohammed bin Salman for the killing of journalist Jamal Khashoggi and called on Riyadh to “ensure appropriate accountability.” Senators also passed a separate measure calling for the end of U.S. support for the Saudi-led war in Yemen. The resolutions showed senators seeking to assert oversight of Trump administration foreign policy and the relationship with Saudi Arabia.

“Almost half of their caucus is up for re-election. They just saw what happened in 2018,” Durbin said of Republicans, who lost the House majority to Democrats. “I think, once they do polling back home, not all of them, but many of them will find that independence is being rewarded.”