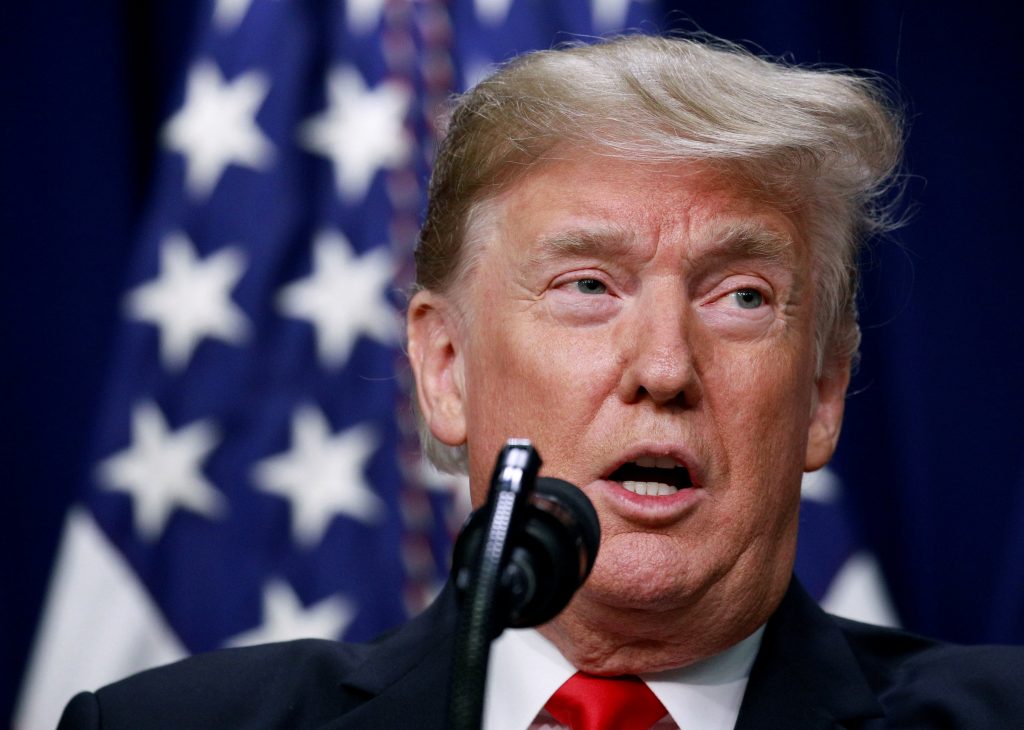 Despite public equivocations by three confidants, President Donald Trump is insisting he wants to build a wall along the U.S.-Mexico border.

“An all concrete Wall was NEVER ABANDONED,” tweeted President Trump, whose demand for congressional funding to construct one has caused a budgetary standoff. “Some areas will be all concrete but the experts at Border Patrol prefer a Wall that is see through (thereby making it possible to see what is happening on both sides).”

Trump’s comments on Monday came after officials, including his departing chief of staff, indicated that the president’s signature campaign pledge to build the wall would not be fulfilled as advertised.

Trump sparked fervent chants of “Build that wall!” at rallies before and after his election and more recently cited a lack of funding for a border wall as the reason for partially shutting down the government. At times the president has also waved off the idea that the wall could be any kind of barrier.

However, White House chief of staff John Kelly told the Los Angeles Times in an interview published Sunday that Trump abandoned the notion of “a solid concrete wall early on in the administration.”

“To be honest, it’s not a wall,” Kelly said, adding that the mix of technological enhancements and “steel slat” barriers the president now wants along the border resulted from conversations with law enforcement professionals.

“There may be a wall in some places, there may be steel slats, there may be technological enhancements,” Conway told Fox News on Sunday. ”But only saying ‘wall or no wall’ is being very disingenuous and turning a complete blind eye to what is a crisis at the border.”

Sen. Lindsey Graham, the South Carolina Republican who is close to the president, emerged from a Sunday lunch at the White House to tell reporters that “the wall has become a metaphor for border security” and referred to “a physical barrier along the border.”

Graham said Trump was “open-minded” about a broader immigration agreement, saying the budget impasse presented an opportunity to address issues beyond the border wall. But a previous attempt to reach a compromise that addressed the status of “Dreamers” — young immigrants brought to the U.S. as children — broke down last year as a result of escalating White House demands.

Graham said he hoped to end the shutdown by offering Democrats incentives to get them to vote for wall funding and told CNN before his lunch with Trump that “there will never be a deal without wall funding.”

Graham proposed to help two groups of immigrants get approval to continue living in the U.S: about 700,000 young “Dreamers” brought into the U.S. illegally as children and about 400,000 people receiving temporary protected status because they are from countries struggling with natural disasters or armed conflicts. He also said the compromise should include changes in federal law to discourage people from trying to enter the U.S. illegally.

“Democrats have a chance here to work with me and others, including the president, to bring legal status to people who have very uncertain lives,” Graham said.

The partial government shutdown began Dec. 22 after President Trump bowed to conservative demands that he fight to make good on his vow and secure funding for the wall before Republicans lose control of the House on Wednesday. Democrats have remained committed to blocking the Republican president’s priority, and with neither side engaging in substantive negotiation, the effect of the partial shutdown was set to spread and to extend into the new year.