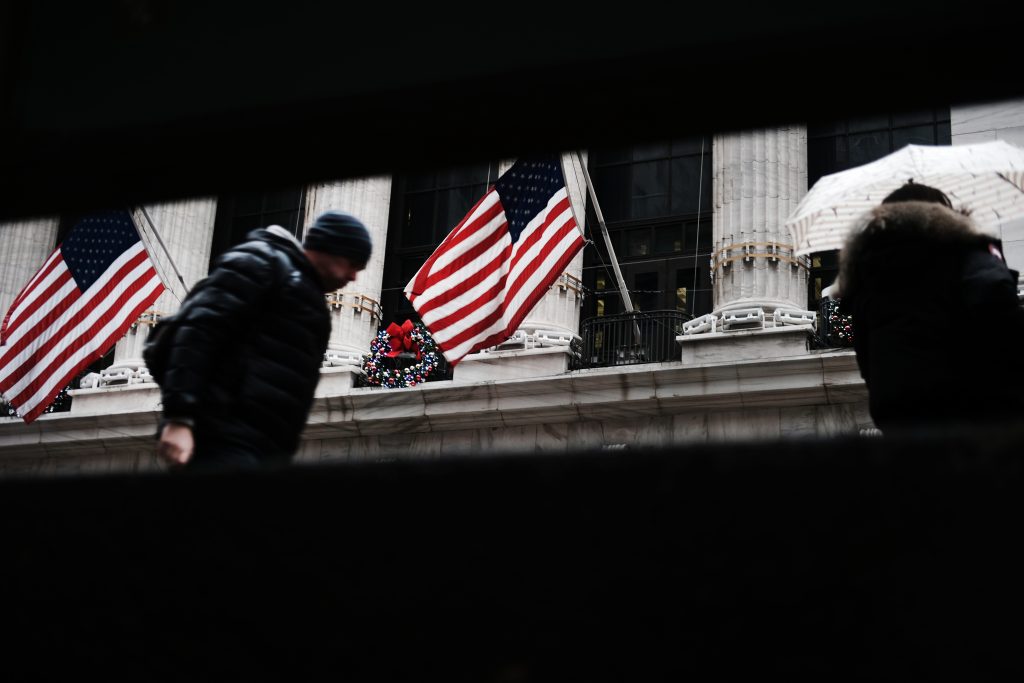 U.S. markets trimmed 2018 losses in a Monday rally, but it was not enough to prevent the worst decline for stocks since 2008.

All three major indexes finished 2018 in the red during the finale of a tumultuous year. The Dow Jones industrial average closed the last day of 2018 at 23,327, up 265 points, or 1.1 percent, on the day. The Dow finished negative 5.97 percent for the year.

The tech-heavy Nasdaq composite ended the year at 6,635, despite a 50-point gain, about 0.77 percent. The Nasdaq finished down 4.38 percent for the year.

Monday’s early gains came as reports surfaced that the Trump administration and China were making progress on trade talks. But the surge faded during afternoon hours as a broad set of concerns remained, including a grim manufacturing report out of China, slowing global economic growth, rising U.S. interest rates and a troubling decline in oil prices.

December has been a rough month for markets, with all three indices down about 9 percent as the Federal Reserve continued to tighten money supply with a quarter increase in interest rates.

Nine out of 11 U.S. sectors were in negative territory coming into Monday’s session. The energy and materials sectors were leading the way downward. Energy companies have been hobbled by a 25 percent decline in oil prices in 2018 due to a supply glut.

Health care and utilities were the only two positive sectors at the start of the session.

Wall Street analysts will remember 2018 for the return of volatility, which swept back into markets after a remarkably quiet 2017.

The year began with a steep February sell-off when Mr. Trump signaled his intent to impose tariffs on goods from solar panels to washing machines imported into the United States.

The market then reversed over the last three months as Federal Reserve Chairman Jerome Powell said the central bank had embarked on a series of increases to normalize interest rates.

The crash came on the heels of phone calls from Treasury Secretary Steven Mnuchin to major U.S. banks. Instead of calming markets, the unorthodox phone calls worried investors and the Dow dropped 653 points, or just under 3 percent.

When markets opened Dec. 26, the Nasdaq was deep in bear market territory and the S&P was close behind. Bear markets are generally measured as a 20 percent retreat from recent highs. All three indices had descended into a correction, which is a 10 percent decline.

The Dow on Dec. 26 staged a 1,086 point rally, its biggest point gain in history, as the volatility resumed.

The economy is expected to finish 2018 with around a 3 percent annual growth rate, which some economists did not think possible. The expected growth rate in 2019 is anywhere from 2 to 2.5 percent.