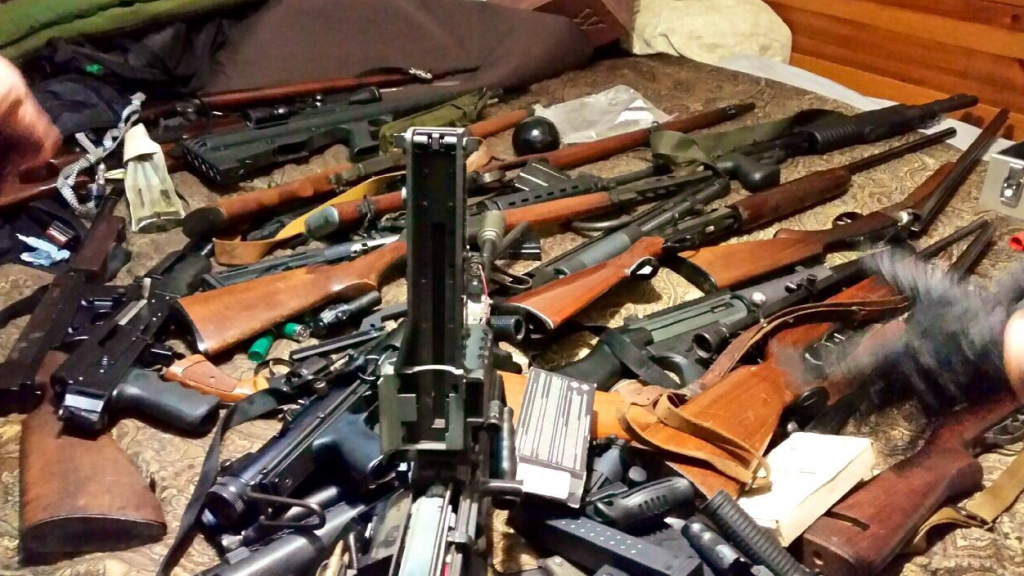 Los Angeles police have seized numerous weapons including a rocket launcher after a citizen reported seeing an armed man.

The Police Department tweeted a photo of the cache found in a South Los Angeles home during the weekend. The haul included 24 rifles, 12 handguns and silencers as well as the explosives TNT and PETN.

The department says a suspect was detained and a search warrant was obtained.