Community Entire Shas Finished on One Day in Yerushalayim
Community 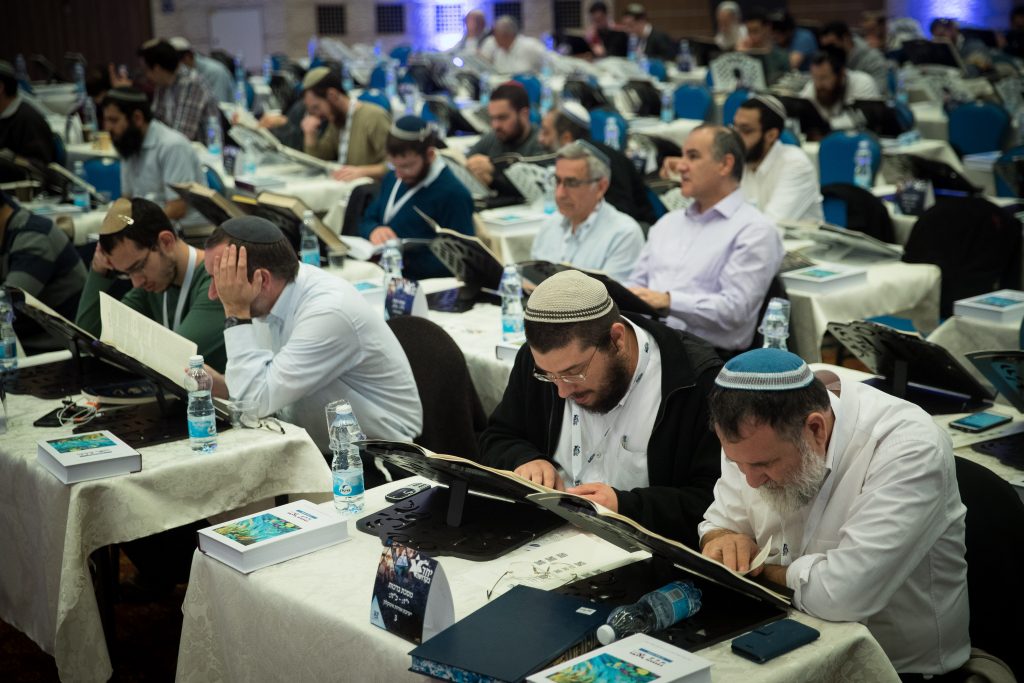 An initiative was held Sunday at Binyanei Ha’umah in Yerushalayim, with the participation of thousands of alumni of the Hesder yeshivos. The event was aptly named Yachad Bikedushah.

Prof. Simcha Goldin, the father of Lieutenant Hadar Goldin, Hy”d, opened the event with learning for the return of the bodies of the missing soldiers and bringing them to kever Yisrael.

The event was attended by many Rabbanim, who were impressed by the learning and the initiative.

Ashkenazi Chief Rabbi David Lau also attended, and noted in his remarks that “there is no greater closeness to Hashem than learning a daf  Gemara.”

The event concluded with Kaddish in memory of Amiad Yisrael Ish-Ran, Hy”d, recited by his grandfathers.