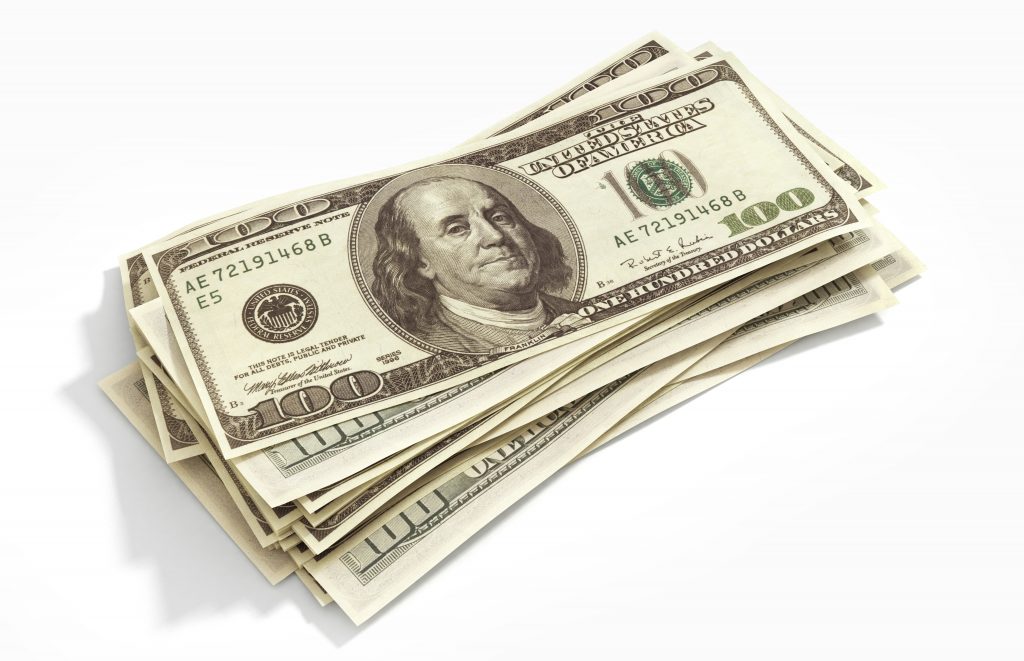 The dollar edged lower in thin year-end trading on Monday, as increased risk appetite weighed on demand for safe haven currencies, but the greenback remained on pace for its strongest annual performance in three years.

The dollar index, which tracks the greenback versus the euro, yen, sterling and three other currencies, was down 0.15 percent on Monday.

“The U.S. dollar is heading into the end of the calendar year on the defensive as global stocks — bearing in mind that some markets are done for the year already — perk up following positive comments on U.S.-China trade from President Trump,” Shaun Osborne, chief FX strategist at Scotiabank in Toronto, said in a note.

Share and commodity prices rose worldwide as hints of progress on the Sino-U.S. trade standoff provided optimism in what has been a punishing end of year for markets globally.

Risk sentiment brightened slightly when U.S. President Donald Trump said he held a “very good call” with China’s President Xi Jinping on Saturday to discuss trade and claimed “big progress” was being made.

The two nations have engaged in a trade war for much of 2018, shaking world financial markets as punitive tariffs disrupted the flow of hundreds of billions of dollars’ worth of goods between the world’s two largest economies.

The persistent tensions have boosted safe-haven demand for the greenback this year as investors bet that the United States is in better shape than its rivals to weather a trade war.

For the year, the index was up 4.5 percent, its best yearly percentage gain since 2015.

While the dollar has been relatively stable going into the end of 2018 despite falling U.S. Treasury yields, concerns are growing over the dollar’s outlook.

Expensive valuation, a flagging equity boom, waning cash repatriation by U.S. companies, and the possibility that the U.S. Federal Reserve will not raise interest rates as many times as previously signaled pose a challenge for the greenback.

“We still rather think the U.S. dollar may be peaking after spending much of the past year on the offense,” said Osborne.

Sterling, which has been battered this year by Brexit woes, rose 0.59 percent to a three-week high. The British pound has lost about 6 percent of its value versus the dollar this year.

The Australian dollar, seen as a proxy for Chinese growth because of Australia’s export-reliant economy, was 0.07 percent higher.