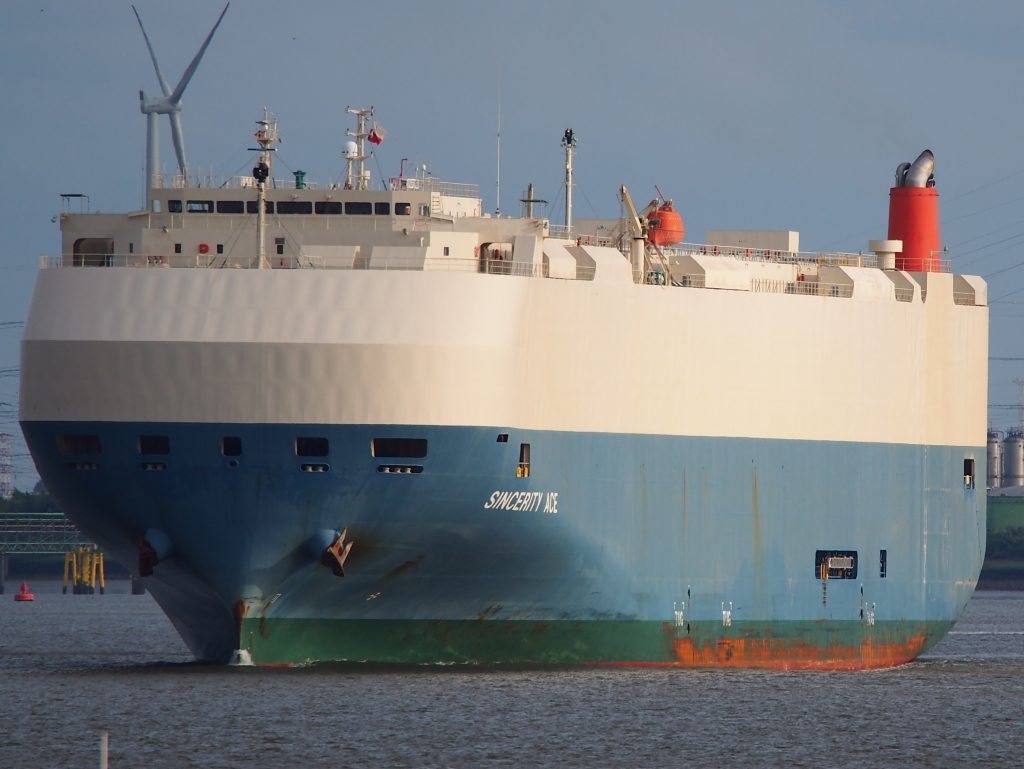 A Panamanian car carrier heading from Japan to Hawaii caught fire in the Pacific Ocean, with some crew members abandoning the ship and the U.S. Coast Guard and other vessels heading to its rescue Monday.

The Coast Guard said in a statement that crew members launched a life raft and four of the 21 mariners aboard left the Sincerity Ace wearing life jackets. The agency could not confirm if they reached the life raft. The remaining 17 crew members stayed on board to fight the fire.

The Coast Guard said other commercial vessels were helping with the rescue 1,800 nautical miles northwest of Hawaii. The statement doesn’t say what caused the fire on the 650-foot ship.

“The distance involved here requires any and all available support, we thank the crews of the commercial vessels for volunteering to assist and have Coast Guard air support en route,” Petty Officer 1st Class Les Elliott said in the statement.

“We are thankful no injuries have been reported but are cognizant a lot is happening, and that may change at any time,” Elliott said.

The Coast Guard said the U.S. Navy will help with search efforts.

A Coast Guard spokesman in Honolulu said it was unknown how many cars the ship is carrying.