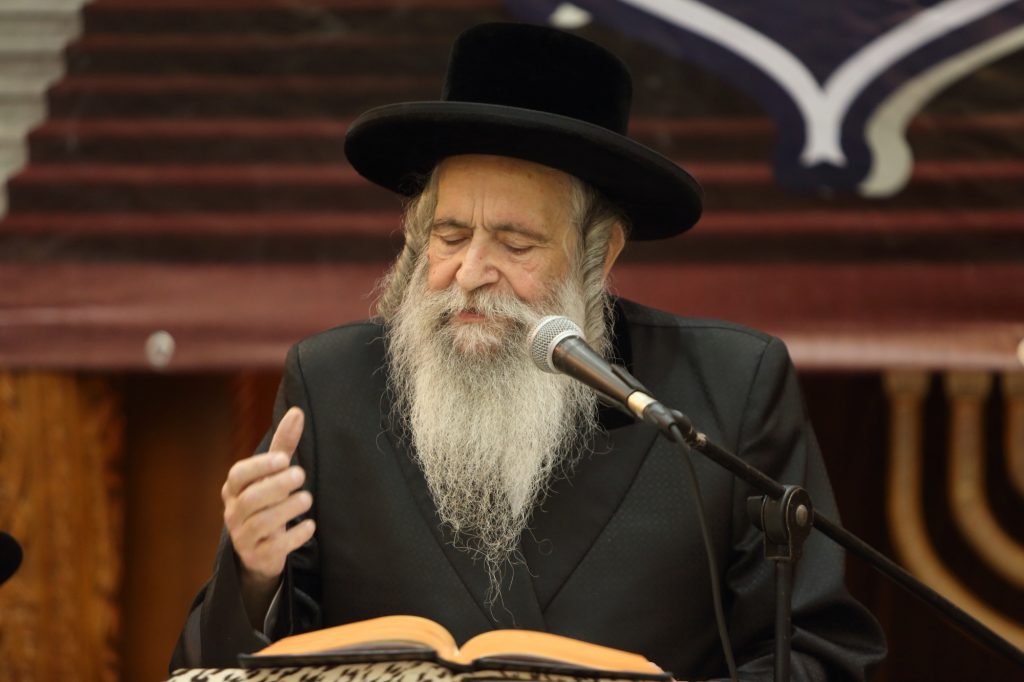 Harav Kenig was born in Cheshvan 5706/1945 in Tzfas. His father was Harav Gedalyah Aharon Kenig, zt”l, founder of the Breslov community in Tzfas – Nachal Nove’a Mekor Chochmah –  and his mother was Rebbetzin Esther Yehudis, a”h.

In his youth, Reb Elazar Mordechai forged a close connection with the Breslov mashpiim of the time, notably Harav Avraham Sternhaltz, zt”l, and other Rabbanim.

After the sudden petirah of his father in 5740/1980, Reb Elazar Mordechai was appointed Rav of the kehillah in Tzfas.

Over the years, Reb Elazar Mordechai built up the kehillah, including a Talmud Torah, girls’ school and other mosdos, and it numbers today some 400 families. He was noted for his many shiurim on the works of the Rebbe Reb Nachman of Breslov, zy”a.

In recent months, Rav Elazar Mordechai was hospitalized, and many tefillos were recited on his behalf by his talmidim and the wider Breslov community. The Rav was set to travel Monday to America for treatment, but alas, the gezeirah was sealed and he was niftar Monday morning in Tzfas.

His levayah will be held Monday afternoon in Tzfas, where he will be buried in the old cemetery.

Rav Elazar Mordechai is survived by, lhbch”l, his Rebbetzin, many children, as well as tens of grandchildren and great-grandchildren, following his illustrious ways.