Israel Tripartite Meeting to Be Held on Hezbollah Tunnels
Israel 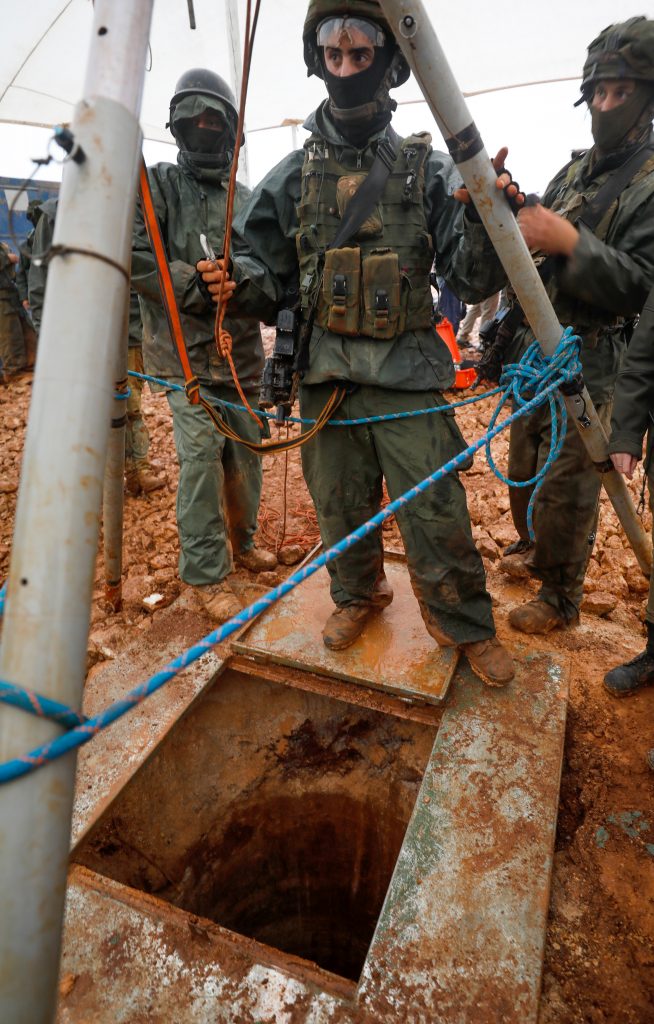 Officials from the IDF and the Lebanese Armed Forces are slated to meet under the auspices of the United Nations Interim Force in Lebanon (UNIFIL) to discuss the cross-border tunnels dug by Hezbollah into northern Israel, it was announced on Sunday.

The venue for the meeting will be UNIFIL’s base at Naqoura in southern Lebanon. The date was not made known.

Other violations of U.N. Security Council resolution 1701 will also be discussed, UNIFIL spokesperson Andrea Tenenti told Lebanon’s National News Agency, referring to charges made in the UNSC that Israel has also been in violation.

On Friday, the IDF flooded at least two tunnels with liquid concrete to prevent any further access by Hezbollah. The tunnels reportedly extended several yards into Israeli territory, near Metulla.

The concrete was seen coming out of one tunnel in the southern Lebanese village of Kafr Kila, from where the tunnel was dug, and in a residential building that was used to make bricks, located next to the border fence.

“This fact indicates Hezbollah’s use of civilian structures in the heart of an urban area in southern Lebanon, in flagrant violation of Resolution 1701 and endangering its citizens by using them as human shields,” the IDF said in a statement.

UNIFIL subsequently released a statement confirming the existence of four tunnels, including the ones flooded by the IDF.

“In the course of the ongoing investigation into the presence of tunnels along the Blue Line, UNIFIL together with the Lebanese Armed Forces (LAF) surveyed the premises of an old concrete factory in the southern part of (Kafr Kila), after UNIFIL had observed liquefied cement flowing out from the building within this facility,” the statement said.

“The liquid overflowing on the Lebanese side had been injected by the Israel Defense Forces (IDF) through a shaft drilled on their end of a tunnel that UNIFIL had previously independently confirmed to be crossing the Blue Line in the same general area. Based on this observation, UNIFIL can confirm that the old concrete factory in (the village) has an opening to the tunnel, which is crossing the Blue Line,” the statement added.