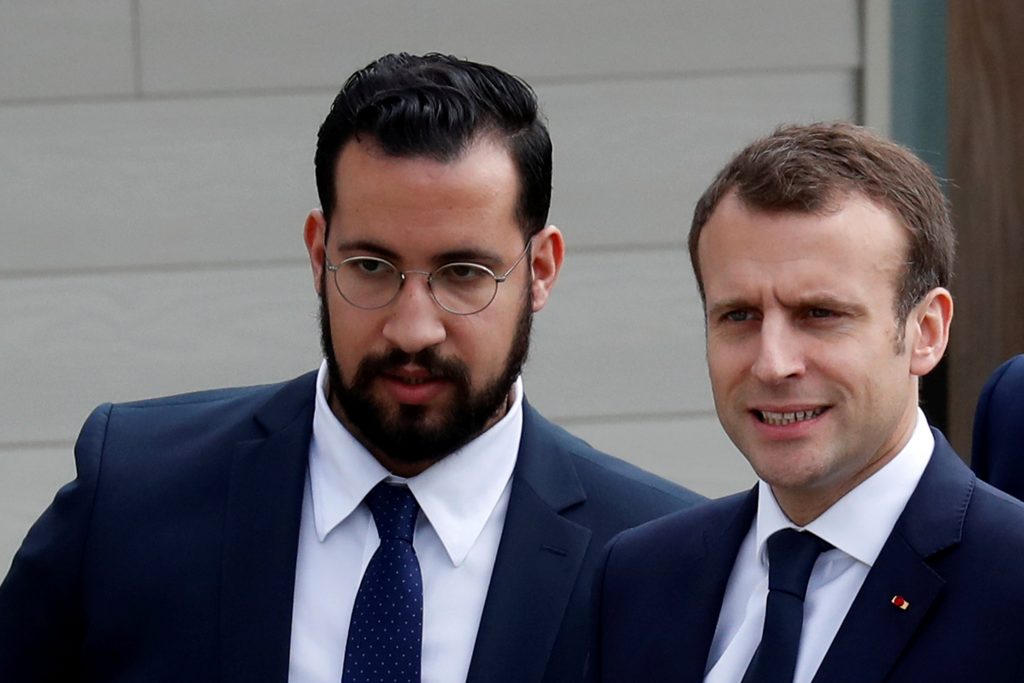 Emmanuel Macron’s former security aide, who was sacked this summer after his violent conduct fueled a political scandal, acknowledged on Sunday he was still travelling on a diplomatic passport, in an affair that has rattled the French presidency.

After he was fired when a video emerged of his beating a May Day protester, Alexandre Benalla returned to the spotlight in France this week, under scrutiny over his recent consultancy work and unauthorized use of diplomatic passports.

The original Benalla scandal became a major headache for Macron just over a year into his tenure, after the president, whose popularity ratings have since slipped, was criticized for acting too slowly in dealing with a member of his inner circle.

Benalla said in an interview with France’s Journal du Dimanche (JDD) on Sunday that he would return the diplomatic passports in the coming days, and rejected that he was somehow trying to profit from his status as a former insider by using them or in his work as a consultant.

“Maybe I was wrong to use these passports,” Benalla said, in a telephone conversation from overseas according to the JDD. “But I want to make it clear that I only did it for my own ease, to facilitate my passage through airports.”

The French presidency has sought to distance itself from the former bodyguard, and the government said it had formally requested the passports be returned on at least two occasions.

Paris prosecutors on Saturday opened a preliminary inquiry into Benalla’s usage of the passports.

Benalla maintained in the JDD, however, that he had initially returned the two ID documents in August, and that they were returned to him along with other personal items by a member of the president’s staff in October.

Scrutiny over Benalla comes at a sensitive time for Macron, who is grappling with a wave of “yellow vest” street protests by disgruntled voters calling for more measures to help lift household incomes.