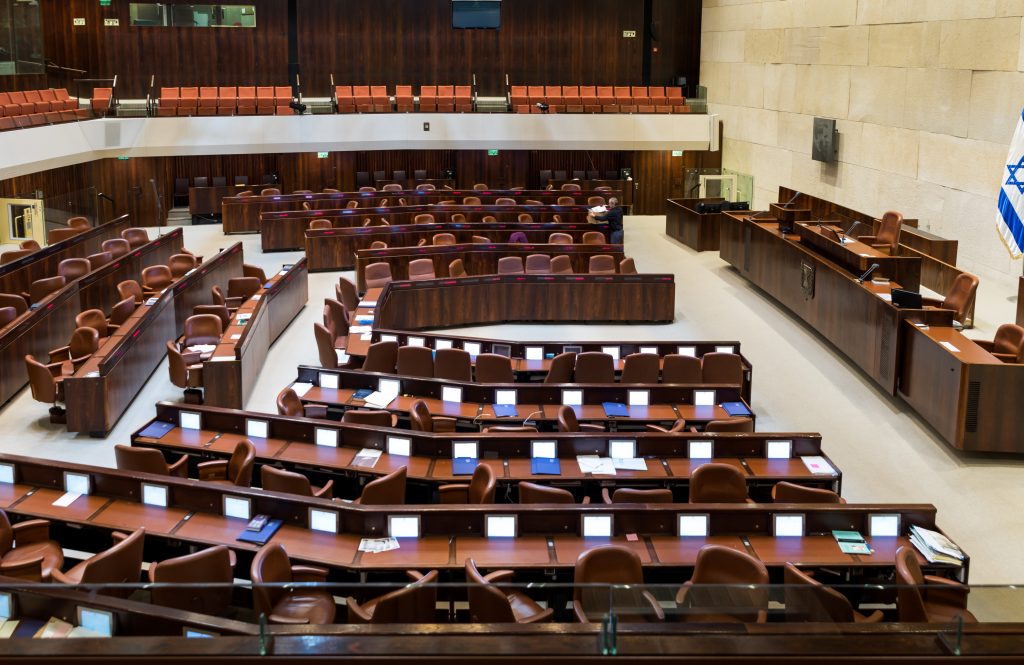 Even before Naftali Bennett and Ayelet Shaked announced their intention to form a new party, the Likud last week had reached out to both coalition and opposition parties with a proposal to lower the electoral threshold – but both sides rejected the idea, Yisrael Hayom reported Sunday.

The attempt proved to be prescient in light of the announcement by the now-former Jewish Home leaders to quit the party and establish the HaYemin Hehadash party. Speaking Sunday, Tourism Minister Yariv Levin said that the splitting of parties into smaller units would make forming a coalition after the election more difficult. “It will be hard to manage the government and coalition with small parties that have very little differences between them,” he told Army Radio. “If we want Binyamin Netanyahu to continue on as prime minister we need to vote Likud.” Speaking earlier, MK Tzipi Hotovely said that the move “creates fragments of a party that will be in danger of missing the electoral threshold. I call on right-wing voters to show responsibility and vote for the Likud. You don’t make ‘exits’ in politics. The right-wing voters will understand that they should vote for the Likud, not for an imitation.”

The Yisrael Hayom report quoted Zionist Camp whip MK Yoel Hasson as saying that the move was “another hysterical attempt by the prime minister to frighten the public. We oppose this and will not allow a decrease in the threshold to take place.” Also opposed was Meretz head Tamar Zandberg, who said that her party “will not be a tool for the right to instill fear into the public, and we will not lend a hand to the Likud’s efforts to change the law for its convenience.”

Netanyahu has reportedly for some time sought to lower the threshold. In September, reports said that he proposed lowering it as well. The threshold currently requires a party to get 3.25 percent of all votes in order to get seats in the Knesset; that percentage works out to about four seats. Under the proposal, the threshold would be lowered to allow parties that get 2.75 percent of all votes to qualify for Knesset representation, allowing for three-member party representation.

The threshold had previously been 2 percent, allowing for two-member parties, but was raised to 3.25 percent in the last elections, at the suggestion of Defense Minister Avigdor Liberman, who sought to use the move to lock Arab parties out of Knesset. Instead, they united on a single list, and currently the Arab parties have 13 Knesset members.