Israel Netanyahu: Brazil Moving of Embassy to Jerusalem Matter of ‘When, Not If’
Israel 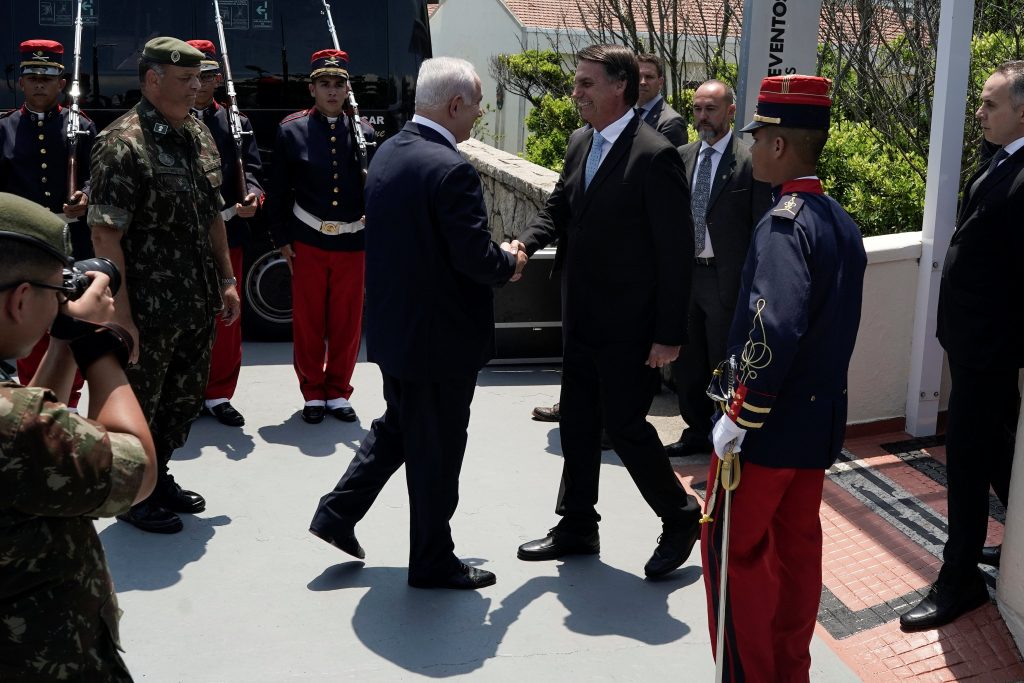 Prime Minister Binyamin Netanyahu said on Sunday that Brazil‘s President-elect Jair Bolsonaro told him that it was a matter of “when, not if” he moves his country’s embassy in Israel to Jerusalem.

The far-right Bolsonaro, who takes office on Tuesday and is hosting Netanyahu and the leaders of other countries for his inauguration, has said he would like to follow the lead of President Donald Trump and move the embassy.

But he has come under intense pressure from Brazil‘s powerful agriculture sector not to do so, as it could hurt Brazilian exports to Arab nations.

Such a move by Bolsonaro would be a sharp shift in Brazilian foreign policy, which has traditionally backed a two-state solution to the Israeli-Palestinian conflict.

The Arab League had told Bolsonaro that moving the embassy to Jerusalem would be a setback for relations with Arab countries, according to a letter seen by Reuters earlier in December.

“Bolsonaro told me it was “when, not if” he moves the embassy to Jerusalem,” Netanyahu said on Sunday during a meeting with leaders of Brazil‘s Jewish community in Rio de Janeiro.

“We attach enormous importance to Brazil, and Brazil in the context of Latin America,” he added. “This heralds a historic change.”

Netanyahu, who met with Bolsonaro on Friday, said that the Brazilian accepted his invitation to visit Israel, a trip that is likely to take place in March.

Netanyahu is the first Israeli prime minister to visit Brazil.

After he met the Israeli leader, Bolsonaro said that “we need good allies, good friends, good brothers, like Benjamin Netanyahu.”