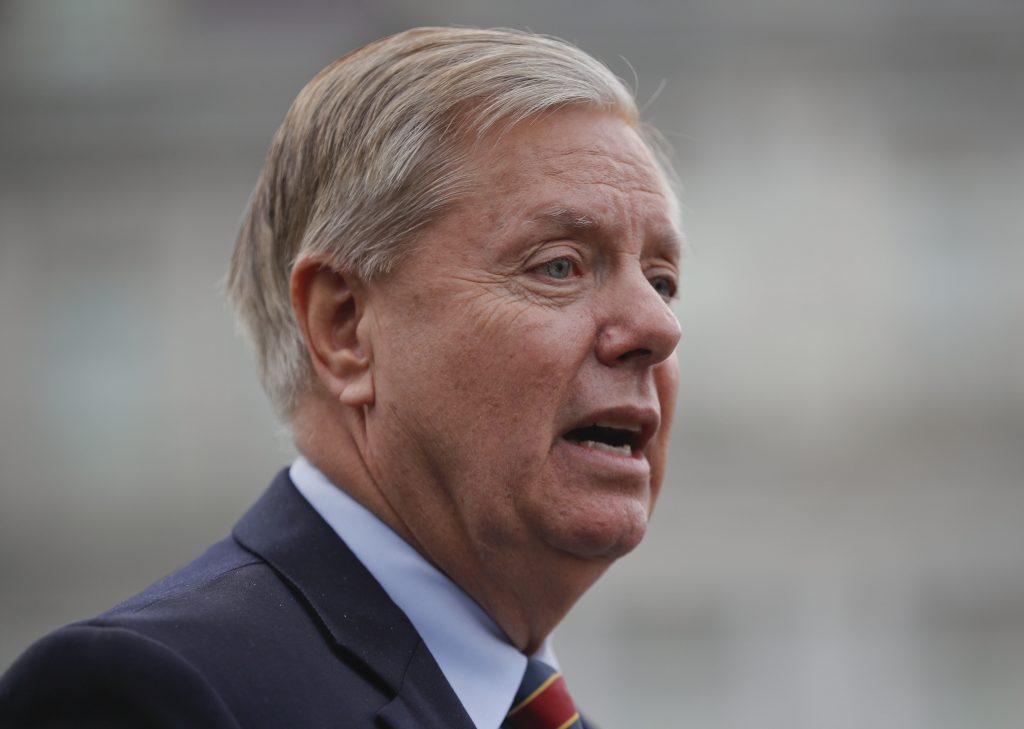 A senior Republican U.S. senator said he emerged from a White House meeting with President Donald Trump on Sunday reassured that Mr. Trump is committed to defeating Islamic State even as he plans to withdraw American troops from Syria.

Senator Lindsey Graham had warned that removing all U.S. forces from Syria would hurt national security by allowing Islamic State to rebuild, betraying U.S.-backed Kurdish fighters of the YPG militia battling remnants of the terrorist group, and enhancing Iran’s ability to threaten Israel.

During a morning broadcast interview, Graham said he would ask Mr. Trump to slow down the troop withdrawal, which was announced earlier this month and drew widespread criticism.

An ally of Mr. Trump, although he has opposed some of his foreign policy decisions, Graham was more upbeat after the meeting.

“We talked about Syria. He told me some things I didn’t know that made me feel a lot better about where we’re headed in Syria,” Graham told reporters at the White House.

“We still have some differences, but I will tell you that the president is thinking long and hard about Syria, how to withdraw our forces but at the same time achieve our national security interests,” Graham said.

Asked if Mr. Trump had agreed to any slowing down of the troop withdrawal, Graham said: “I think the president’s very committed to making sure that when we leave Syria, that IS is completely defeated.”

He said Mr. Trump’s trip to Iraq last week was an eye-opener and he understood the need to “finish the job” with Islamic State, also known as ISIS.

“I think the president has come up with a plan with his generals that makes sense to me,” Graham said. He gave no further details of that plan.

Graham also said Mr. Trump was committed to making sure Turkey did not clash with the YPG forces once U.S. troops leave Syria, and was assuring the NATO ally that it would have a buffer zone in the region to help protect its own interests.

Turkey views the YPG as a branch of its own Kurdish separatist movement and is threatening to launch an offensive against the group, igniting fears of significant civilian casualties.

The Pentagon says it is considering plans for a “deliberate and controlled withdrawal.” One option, according to a person familiar with the discussions, is for a 120-day pullout period.

Graham is an influential lawmaker on national security policy who sits on the Senate Armed Services Committee.

He joined other Republicans and Democrats in criticizing Mr. Trump’s order for the pullout of all 2,000 U.S. troops deployed in Syria in support of anti-Islamic State fighters made up mostly of Kurds.