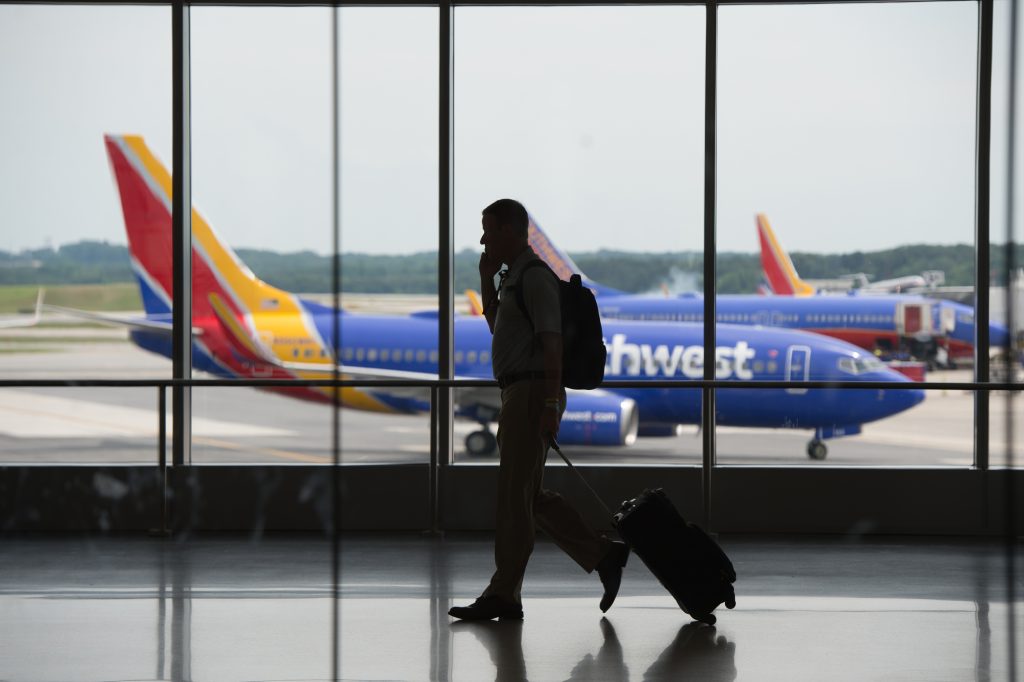 The incident occurred after staff aboard a Southwest Airlines flight reported a “medical emergency” involving a sick passenger shortly before landing, the official, Gregory Martin, said in an e-mail.

Four medics, two Southwest employees, and the sick passenger were injured when the jet bridge collapsed, causing them to fall from the ramp, while the passenger was being removed from the plane off Flight 822 after it arrived from Punta Cana, Dominican Republic.

A jet bridge is the enclosed ramp that funnels passengers from the terminal to the aircraft. The plane was at gate E-10, according to the FAA official.

The seven people were taken with injuries that were not life-threatening to local hospitals, and the rest of the passengers deplaned via the stairs.

“The next thing you know, there was a crash,” the Baltimore Sun quoted one passenger, Kelsey Traub, 20, as saying. Afterward, the people on the flight remained “pretty calm,” she added.

Metal brackets will be replaced on the jet bridge that collapsed Saturday and on five other jet bridges made by the same manufacturer, the Maryland Department of Transportation said in a statement.

The department said 33 jet bridges made by the manufacturer were inspected and deemed safe to use. The rest of the airport’s jet bridges also will be inspected.

All six people injured in the collapse were released from the hospital early Sunday, the department said.

The state transportation department said airport operations will not be affected by the work on the six jet bridges that will be taken out of service so the brackets can be replaced.

“Our passengers’ safety is the top priority and BWI Marshall Airport has moved quickly to address this issue,” state Transportation Secretary Pete Rahn said in a statement.

Updated Sunday, December 30, 2018 at 7:19 pm Cause of collapse was defective brackets which were replaced today.