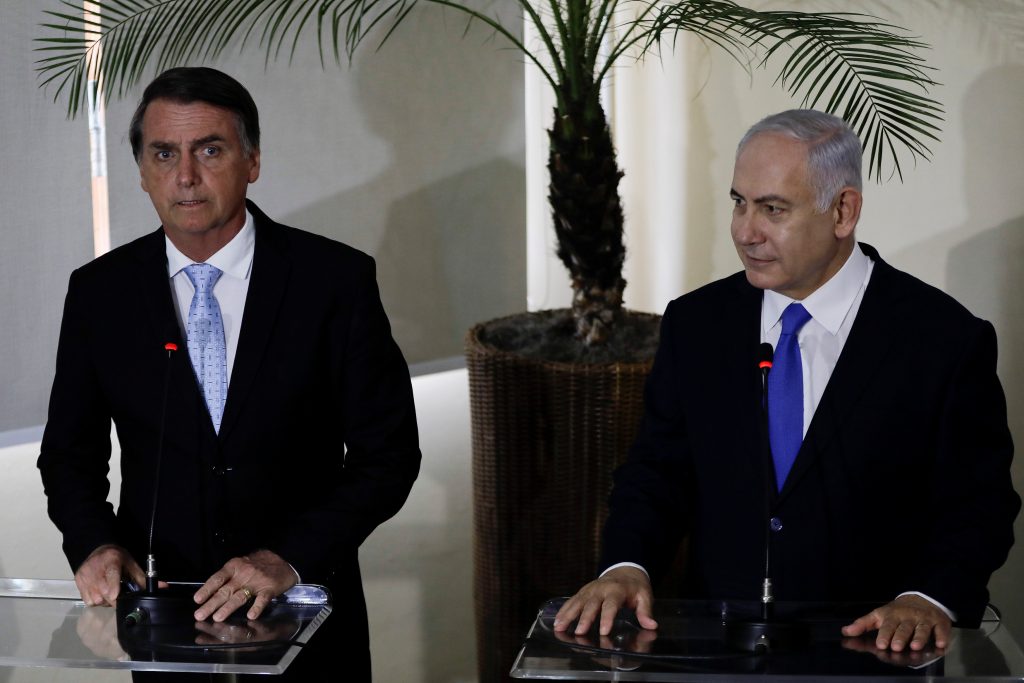 Brazilian president-elect Jair Bolsonaro has accepted the invitation of Israeli Prime Minister Binyamin Netanyahu to visit Israel in early 2019, according to a statement from the PM’s office.

PM Netanyahu told Jewish leaders in Rio the visit was planned to take place before March, which would put it a few weeks ahead of the coming elections.

Netanyahu says ties between the two countries will expand, with Israel sending security, agricultural and water technology to Brazil.

“President Bolsonaro and I decided that in the coming months, several delegations will visit here to map out the full breadth of cooperation between Brazil and Israel on security, defense, agriculture, water and all the other industries,” PM Netanyahu said.