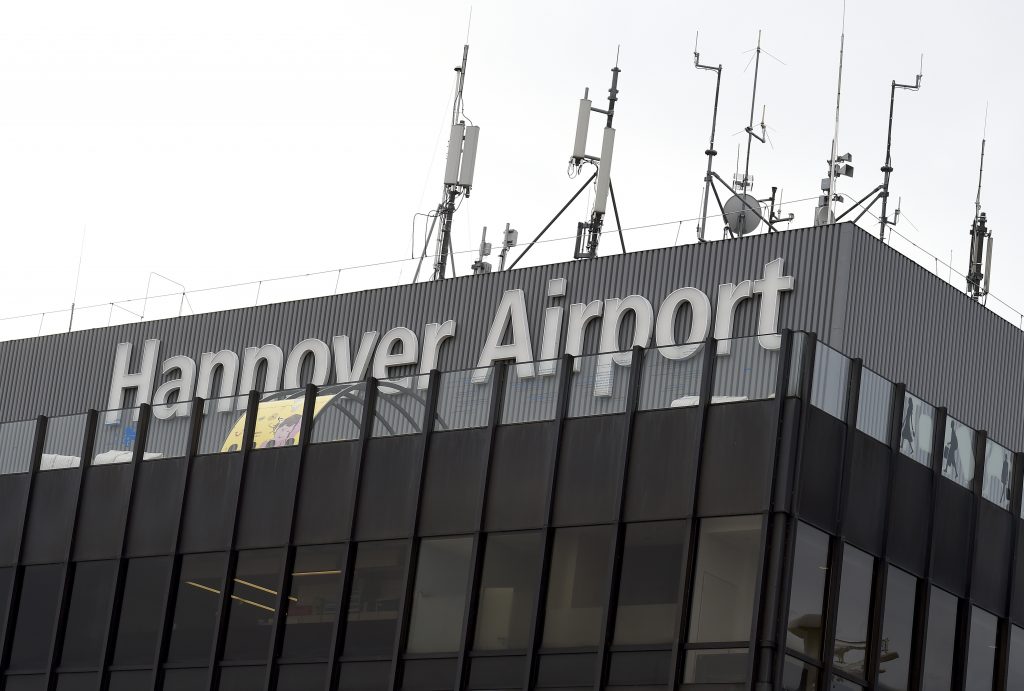 A man forced open a locked gate on the security perimeter of Hannover Airport in northern Germany and drove a car onto the airfield Saturday before coming to a halt underneath an airliner and being detained, police said.

No one was hurt in the incident, but flights were suspended for more than four hours.

Police said a test suggested that the driver, who told them he was a 21-year-old from Poland, was under the influence of illegal substance and there were no indications that his actions were terror-related.

The man drove his BMW onto the airport apron after forcing open a gate, and was pursued by police until he came to a stop underneath a Greek airline’s Airbus A320 that was standing on the tarmac with 172 passengers on board, a police statement said. Officers then overpowered the man in his car and arrested him.

Takeoffs and landings were halted while police experts examined the car. They found no traces of explosives, and flight operations resumed shortly after 8 p.m. — about 4½ hours after the man drove onto the airfield. No other dangerous substances were found in the vehicle or on the driver.

The man was believed to have acted alone. He apparently has no official residence in Germany.

The police statement issued later Saturday said authorities had taken a blood sample and were still working to be certain of his identity.

Police opened an investigation on suspicion of dangerous interference in air traffic and resisting officers, and were considering whether to have the man taken before a judge Sunday to try to have him kept in custody. His motive remained unclear.

The international airport in Hannover handled 5.87 million passengers last year, though it isn’t one of Germany’s top hubs.