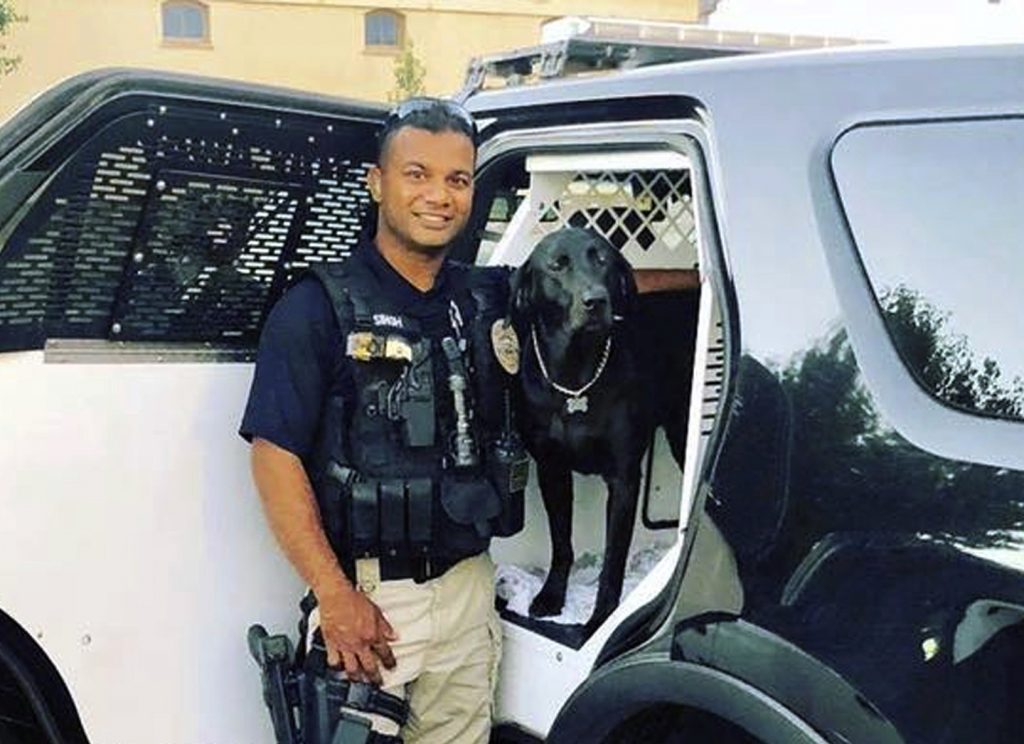 The shooting death of a California police officer has reignited the debate over sanctuary laws, with a sheriff all but blaming the statewide immigration policy for the killing as he announced the arrest of a man living in the U.S. illegally.

A two-day statewide manhunt ended Friday with the arrest of Gustavo Perez Arriaga, who came out with his hands up as a SWAT team prepared to raid a home in Bakersfield, about 200 miles southeast of where Cpl. Ronil Singh was shot in the small town of Newman before dawn Wednesday.

Perez Arriaga was captured while planning to flee to his native Mexico, authorities said.

“We can’t ignore the fact that this could have been preventable,” Christianson told reporters, asking why the state was “providing sanctuary for criminals (and) gang members. It’s a conversation we need to have.”

The laws are a flashpoint between jurisdictions that say they allow immigrant communities to report crimes without fear of deportation and the Trump administration, which has vowed to crack down on such cities and states.

President Donald Trump tweeted about Singh’s killing Thursday by saying it was “time to get tough on Border Security. Build the Wall!”

The immigration fight has intensified as Trump pushes for funding for a border wall that congressional Democrats oppose, forcing a partial government shutdown.

Perez Arriaga crossed the border in Arizona several years ago and had worked a variety of jobs as a laborer, including at several dairies. The 33-year-old had gang affiliations and multiple social media with different names, Christianson said.

An email to a sheriff’s spokesman asking whether Perez Arriaga had a lawyer who could speak on his behalf wasn’t returned and a phone call rang to a voicemail that was full.

California’s sanctuary law includes more than 800 exceptions for violent crimes and felonies and bars police from asking people about their citizenship status.

Gov. Jerry Brown has said the law strikes a balance between protecting families and ensuring consequences for serious criminals. His spokesman said Friday that if the suspect was a known gang member, police could have informed federal authorities.

“The type of tone and attitude that Sheriff Christianson has taken instills fear and panic in all immigrant communities” that could make people afraid to report crimes, de Leon told KNX-AM radio in Los Angeles.

Cpl. Singh had pulled over a suspected drunken driver in Newman when he was fatally wounded, and he managed to fire back but didn’t hit the attacker, authorities have said.

A resident who saw the driver get behind the wheel flagged down Singh and heard the gunshots minutes later, Stanislaus County sheriff’s Sgt. Tom Letras told the Modesto Bee newspaper.

All are accused of helping Perez Arriaga, who’s expected to be arraigned on charges Wednesday, authorities said.

Singh, 33, was also an immigrant, coming legally from his native Fiji to fulfill his dream of becoming an officer, authorities said. Singh had a newborn son and joined the 12-officer Newman police force in 2011.