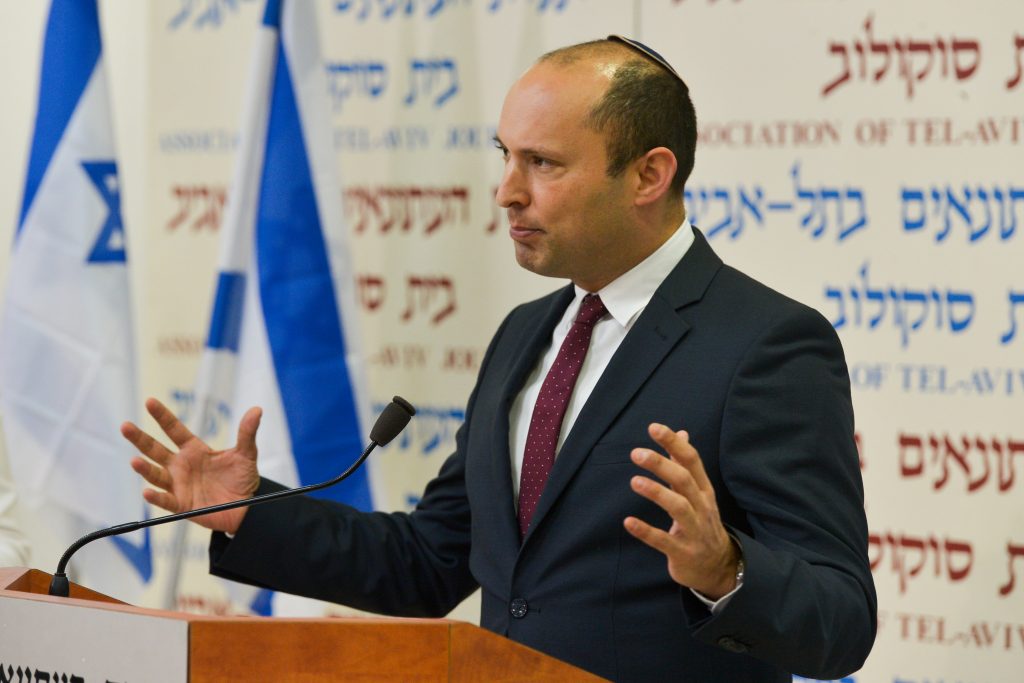 Education Minister Naftali Bennett and Justice Minister Ayelet Shaked announced Motzoei Shabbos that they were leaving Jewish Home and establishing a new party in which they plan to include representatives of both the religious and secular communities in Israel.  The party, to be called the HaYemin Hehadash Party, will include both religious and secular figures, with 50 percent from each “side.”

The new party will remain a right-wing party that will unite Israelis of that point of view, regardless of their religious background. “Had such a party been in existence 13 years ago, there would not have been a disengagement,” said Bennett. “The truth is that the easiest thing for us would be to have remained in Jewish Home,” said Shaked. “We decided to do the right thing, not the easy thing.”

In his first response to the announcement, Netanyahu said that “anyone who wants to ensure that the right wins the next election under the leadership of Binyamin Netanyahu and that the left led by Lapid, Gantz and Gabay do not win, must vote for the Likud.”

Hadashot News, which broke the story Motzoei Shabbos, said that the main reason for the move was to enable Bennett and Shaked to operate more independently, and to escape the restrictions placed on it by the National Union, the partner party that joined with the National Religious Party to establish Jewish Home. According to Hadashot News, the move was “somewhat risky,” but it had a good chance to succeed, bringing votes that might have gone to other centrist parties, such as the Resilience Party of Benny Gantz. In addition, it will likely enable National Union to enter the Knesset, as the “hard right” voters in Yehudah and Shomron will be more motivated to come out and vote for the party. With that, the report said, Bennett and Shaked were named the most popular ministers in several recent polls, and it was likely that a religious-secular party headed by the two could do well.

Bennett and Shaked have in recent days met with senior figures in the Religious Zionist movement, both secular and rabbinic, it was reported Motzoei Shabbos. Among the figures consulted were Rabbis Zalman Melamed and Chaim Druckman, both leaders of the Religious Zionist community, and both of whom gave their blessing to the move – although, the report said, they recommended that the public vote for Jewish Home.

With the abandonment of the party by Bennett, Shaked, and Regev, the weight of leadership in what remains of Jewish Home now moves to the National Union faction, which is currently led by Agriculture Minister Uri Ariel. On Friday, MK Betzalel Smotrich said he planned to challenge Ariel for leadership of the party. The party’s central committee will vote on the matter next month. Speaking in an interview Motzoei Shabbos, Smotrich said that Bennett and Shaked “want to lead the country. I see Religious Zionism as moving towards leadership of the country, but if they decided to move on I wish them luck. I, meanwhile, will take it upon myself to lead the Religious Zionist movement.”