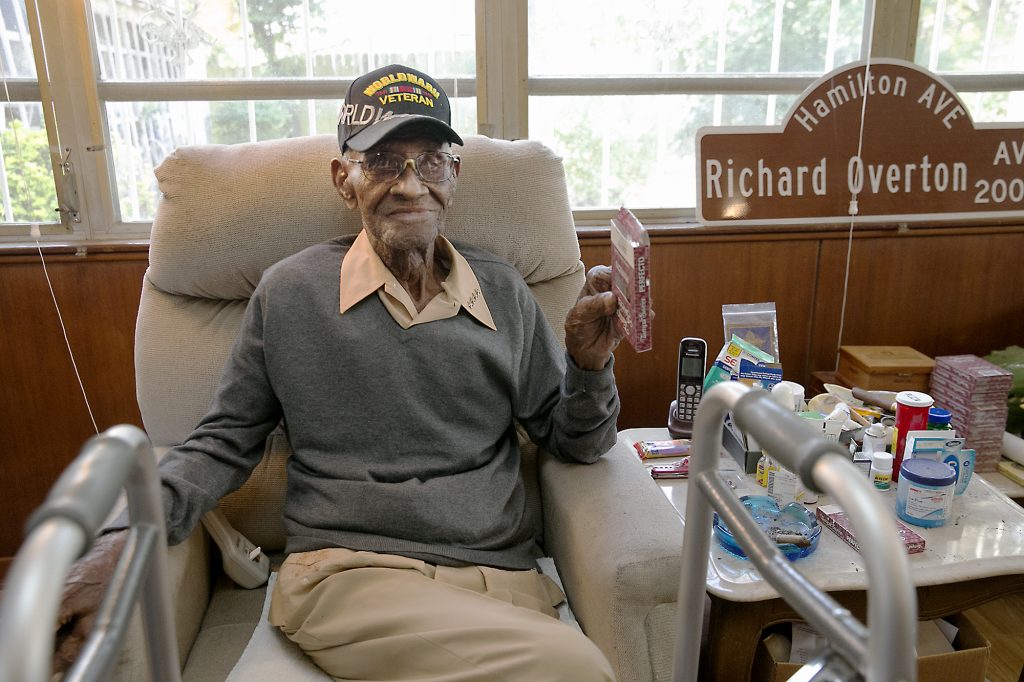 Richard Overton, the nation’s oldest World War II veteran who was also believed to be the oldest living man in the U.S., died Thursday in Texas, a family member said. He was 112.

The Army veteran had been hospitalized with pneumonia but was released on Dec. 24, said Shirley Overton, whose husband was Richard’s cousin and longtime caretaker.

“They had done all they could,” she said.

He died Thursday evening at a rehab facility in Austin, Texas.

Overton was in his 30s when he volunteered for the Army and was at Pearl Harbor just after the Japanese attack in 1941. He once said that one secret to his long life was smoking cigars and drinking whiskey, which he often was found doing on the porch of his Austin home.

His recent birthdays drew national attention and strangers would stop by his house to meet him. Even well into his 100s, he would drive widows in his neighborhood to church.

“With his quick wit and kind spirit he touched the lives of so many, and I am deeply honored to have known him,” Texas Gov. Greg Abbott said in a statement Thursday, calling Overton “an American icon and Texas legend.”

Overton was born in 1906 near Austin and served in the all-black 1887th Engineer Aviation Battalion.