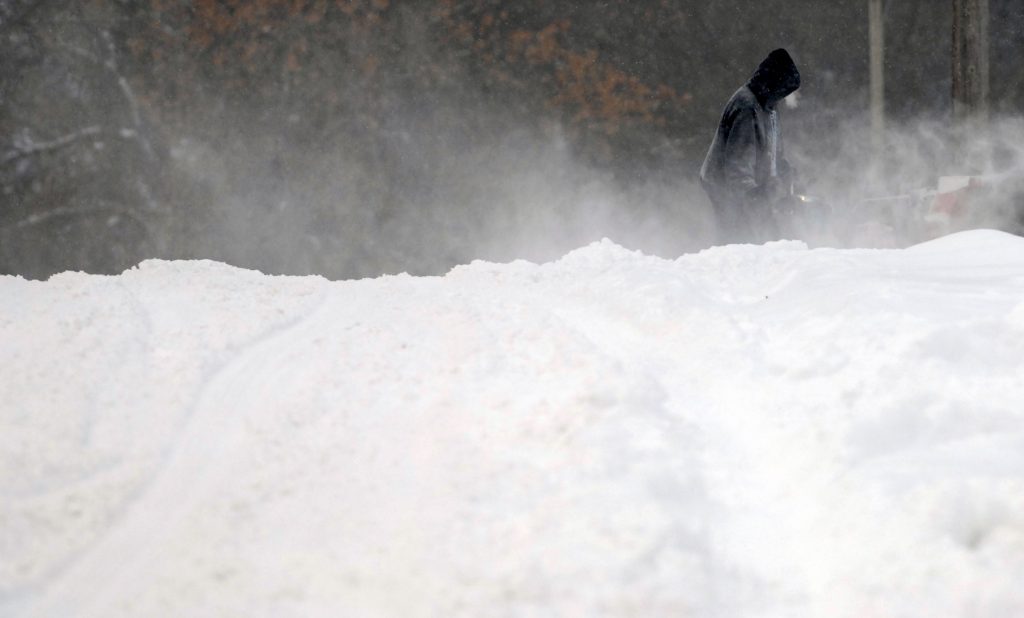 A powerful winter storm that caused whiteout conditions and treacherous roads in parts of the Upper Midwest is blamed in at least three fatal accidents.

The Minnesota State Patrol said it responded to 167 crashes, 259 spinouts and 13 jackknifed semis on Thursday due to the heavy, blowing snow that began late Wednesday. Northern Minnesota snowfall reached 18 inches at Finland, along Lake Superior’s north shore. Twelve inches fell in Brainerd, according to the National Weather Service.

The driver of a pickup truck was killed Thursday when he collided with another vehicle on a snow-covered highway in Dunn County, North Dakota. The Highway Patrol says the vehicles crashed when visibility was reduced by blowing snow kicked up by a plow. The driver and three passengers in the other vehicle were not hurt.

Also Thursday, a small bus and an SUV collided on a slippery road near Big Lake, Minnesota, leaving one bus passenger dead. Sherburne County sheriff’s officials said 47-year-old Marilyn Balogi of Zimmerman was killed, while seven other passengers, the bus driver and the SUV driver were taken to hospitals. Big Lake is about 40 miles northwest of Minneapolis.

In central Minnesota’s Crow Wing County, a pedestrian was struck on a road by a pickup with a plow blade. Sheriff’s officials say road conditions and visibility were very poor at the time of the accident around 8:30 p.m. Thursday. The victim was identified as 51-year-old Michael Donnay, of Merrifield, who was pronounced dead at the scene.

A blizzard warning issued by the National Weather Service remained in effect for much of the Dakotas and part of Minnesota through Friday morning.

Snow from the same system also left roads blanketed in Nebraska. The Nebraska Transportation Department listed nearly two-thirds of the state’s highways as partially or fully covered with snow Friday morning. The department pulled its plows from clearing highways in parts of northeast Nebraska because visibility was so limited.