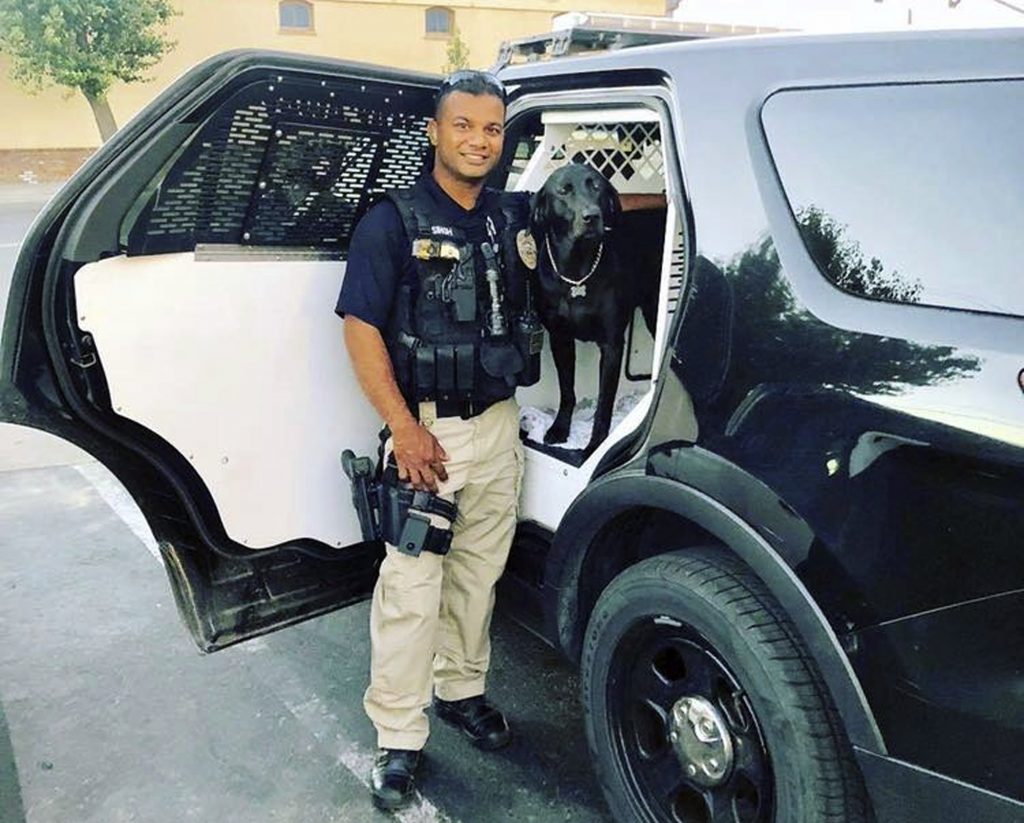 A gunman who killed a California police officer during a traffic stop over possible drunken driving is in the United States illegally, authorities said Thursday, as a manhunt for the attacker stretched into a second day.

Stanislaus County Sheriff Adam Christianson said authorities identified but won’t yet name the man who killed Cpl. Ronil Singh of the small-town Newman Police Department. Authorities said they believe he’s still in the area some 100 miles southeast of San Francisco and is armed and dangerous.

“This suspect … is in our country illegally. He doesn’t belong here. He is a criminal,” Christianson, whose agency is leading the investigation, told reporters.

Newman Police Chief Randy Richardson fought back tears as he described Singh, a 33-year-old native of Fiji with a newborn son, as an “American patriot.”

“He came to America with one purpose, and that was to serve this country,” Richardson said.

Singh stopped the attacker Wednesday as part of a drunken driving investigation and fired back to try to defend himself, Christianson said.

Authorities are looking for a man seen in surveillance photos at a convenience store shortly before Singh was killed. Officials pleaded for help from the public and said they were following up on several leads.

Singh was shot a few minutes after radioing that he was pulling over a gray pickup truck that had no license plate in Newman, a town of about 10,000 people. Singh died at a hospital.