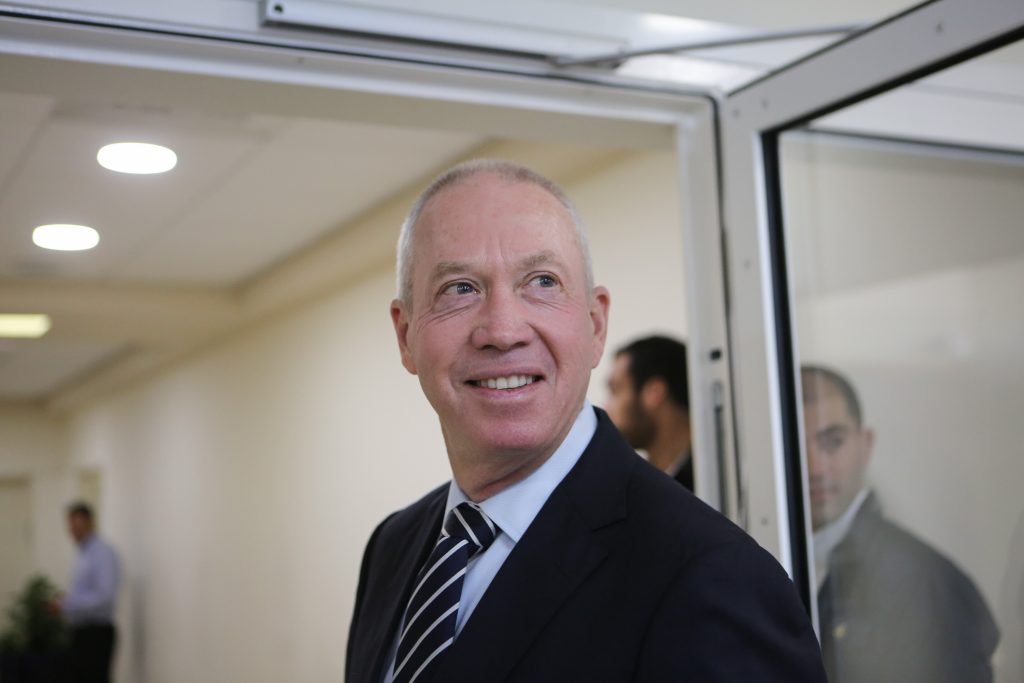 With the upcoming election gearing to become a “war of the generals” – with former Chiefs of Staff Moshe Ya’alon, Benny Gantz, and possibly Ehud Barak (also former prime minister) running for office, the Likud will be able to claim its own general – Housing Minister Yoav Galant, former IDF Southern Command head and Commander of the Shayetet 13 force, Israel’s version of the Marines. Currently a member of Kulanu, Galant will be moving to the Likud, MK David Bitan told Kan News Thursday. “I have known about this for a long time,” Bitan said.

In recent weeks, Galant himself has made several comments that indicate his intentions. Media reports last month indicated that he had had a falling out with Moshe Kahlon, the head of Kulanu, the party to which Galant currently belongs. The reason was that Galant had reportedly met in October with top Likud officials, Hadashot News reported, and he had told them that he had closed a deal with Netanyahu for a top spot in the Likud. “After the falling out of Moshe Yaalon with Netanyahu earlier this year, Galant told the Likud officials, ‘I will be the “security card” in the Likud.’”

Regarding the “competing” generals – Yaalon, Gantz, and possibly former Galilee Brigade head Gal Hirsch, who on Wednesday announced that he, too, would run for office – Bitan said that he wasn’t concerned that the Likud would be harmed. “The support they are picking up is from the left side of the political map, so it doesn’t really affect us. There might be movement in one Knesset seat one way or another, but if the ‘generals party,’ if it does come to pass,” and the former IDF top officials join together in a single party, it “will not affect us too much. If anything, it will further dismantle the opposition, as they are not offering any alternative on security whatsoever,” he added.