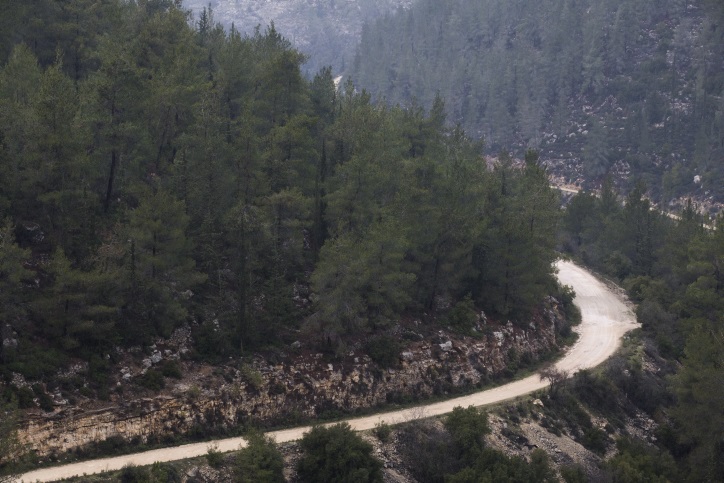 Citing the urgent need for a housing solution for the capital’s residents, the city has advanced a plan to rezone the environmentally sensitive area known as the White Ridge, located in the Jerusalem Hills, Globes reported.

The plan envisions supplanting a forested area with a residential neighborhood of 5,250 housing units, 300 hotel rooms, commercial and business space, stores, a filling station and more.

The new neighborhood is located in southwestern Yerushalayim between Moshav Ora and Moshav Aminadav and the Kiryat Menachem neighborhood. The area currently contains forests planted by the Jewish National Fund (JNF). Part of it lies within municipal boundaries and part in the jurisdiction of the Mateh Yehudah Regional Council.

The Jerusalem District Planning and Building Commission deposited the plan for public objections, which will surely come, from The Society for the Protection of Nature in Israel (SPNI) and other environmental lobbyists who have been fighting it since its inception.

The SPNI released a statement saying, “The open spaces in the Jerusalem Hills are an ecological, cultural and social asset that belongs to the residents of the city and the entire area. Construction on the White Ridge will damage the city, its neighborhoods and its residents’ leisure and vacation areas.”

In response, the Commission expressed sympathy for the environmental concerns but insisted that the severe housing shortage is no less a concern.

“We emphasize that preservation of open spaces is just as important to us as it is to SPNI, and we will do anything to protect them. At the same time, the open spaces inside Yerushalayim are not enough to meet the need for housing in the coming years. As a Commission, we must strike a balance between developmental needs and the open spaces. Half of the housing units in the plan are designated for supplementary land that will facilitate renewal of older neighborhoods Kiryat Menachem and Kiryat Hayovel, where construction will extend the continuity of existing [structures] in order to minimize construction in open spaces. The plan is strongly oriented towards urbanism and sustainability and includes multiple uses … a park and … parking lot on the light rail line passing through the area of the plan.

“Before establishing the plan’s boundaries, a comprehensive environmental survey was conducted by an inter-ministerial team, including a comprehensive project to trace the sources of the springs in the area. In order to protect the springs, a distance was maintained between the development area, the wellsprings and the White Valley.”

SPNI rejected the Commission’s argument. “The slogan ‘There is no space for construction in the city’ is nothing more than an urban legend. The cumulative reserve of residential housing in the city amounts to tens of thousands of housing units that can be used. The city should be strengthened internally with construction in the existing neighborhoods without going out of the city limits to the open spaces — an unnecessary step that will cause far more damage than benefit,” SPNI declared.