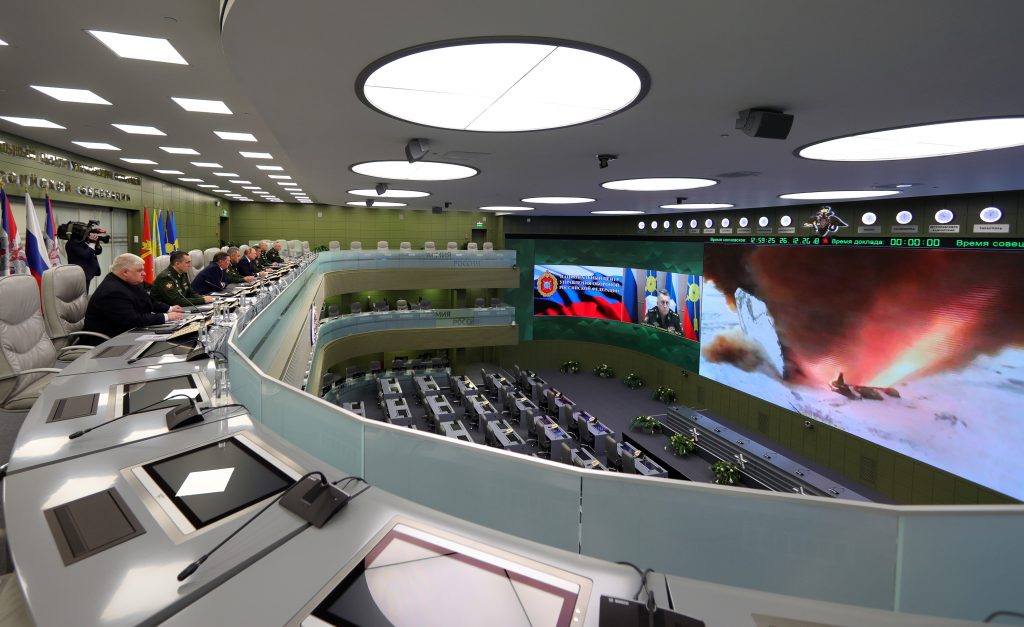 Russia’s new strategic weapon has rendered any missile defenses useless at a small fraction of their cost, officials said Thursday.

Borisov spoke a day after Russian President Vladimir Putin oversaw what he described as the conclusive successful test of the Avangard and hailed it as a reliable guarantee of Russia’s security for decades to come.

In Wednesday’s test, the weapon was launched from the Dombarovskiy missile base in the southern Ural Mountains. The Kremlin said it successfully hit a practice target on the Kura shooting range on Kamchatka, 3,700 miles away.

The Defense Ministry released footage from the test launch, in which a ballistic missile could be seen blasting from a silo in a cloud of smoke, but it hasn’t released any images of the vehicle itself.

Putin said the Avangard will enter service with the Russian Strategic Missile Forces next year.

The test comes amid bitter tensions in Russia-U.S. relations, which have been strained over the Ukrainian crisis, the war in Syria and the allegations of Moscow’s meddling in the 2016 U.S. presidential election.

Sergei Ivanov, a former Russian defense minister, said in broadcast comments that the Avangard constantly changes its course and altitude as it flies through the atmosphere.

He emphasized that unlike previous nuclear warheads fitted to intercontinental ballistic missiles that follow a predictable trajectory allowing it to calculate the spot where they can be intercepted, the Avangard chaotically zigzags on its path to its target, making it impossible to predict the weapon’s location.

A smiling Ivanov likened the weapon’s flight through the atmosphere to a pebble skipping off the surface of water.

Ivanov, who now serves as Putin’s adviser, said the Avangard could be fitted to the Soviet-made UR-100UTTKh intercontinental ballistic missile, which is code-named SS-19 Stiletto by NATO.

He noted that Russia has a stockpile of several dozen such missiles, which are in a factory-mint condition and not filled with fuel, allowing them to serve for a long time to come. Ivanov added that they could be put in existing silos, sharply reducing the costs of Avangard’s deployment.

“The Avangard has cost hundreds of times less than what the U.S. has spent on its missile defense,” Ivanov said.

He noted that Russia began to develop the Avangard after U.S. withdrew from the 1972 Anti-Ballistic Missile Treaty in 2002 and started to develop defenses against ballistic missiles.

Moscow feared that the U.S. missile shield could erode its nuclear deterrent, and Putin announced in 2004 that Russia was working on a new hypersonic weapon.

Ivanov recalled that when Russian officials warned their U.S. counterparts about the new weapon program at the time, American officials were openly skeptical about Russia’s ability to carry out its plan.

“We aren’t involved in saber-rattling, we simply ensured our security for decades to come,” he said.