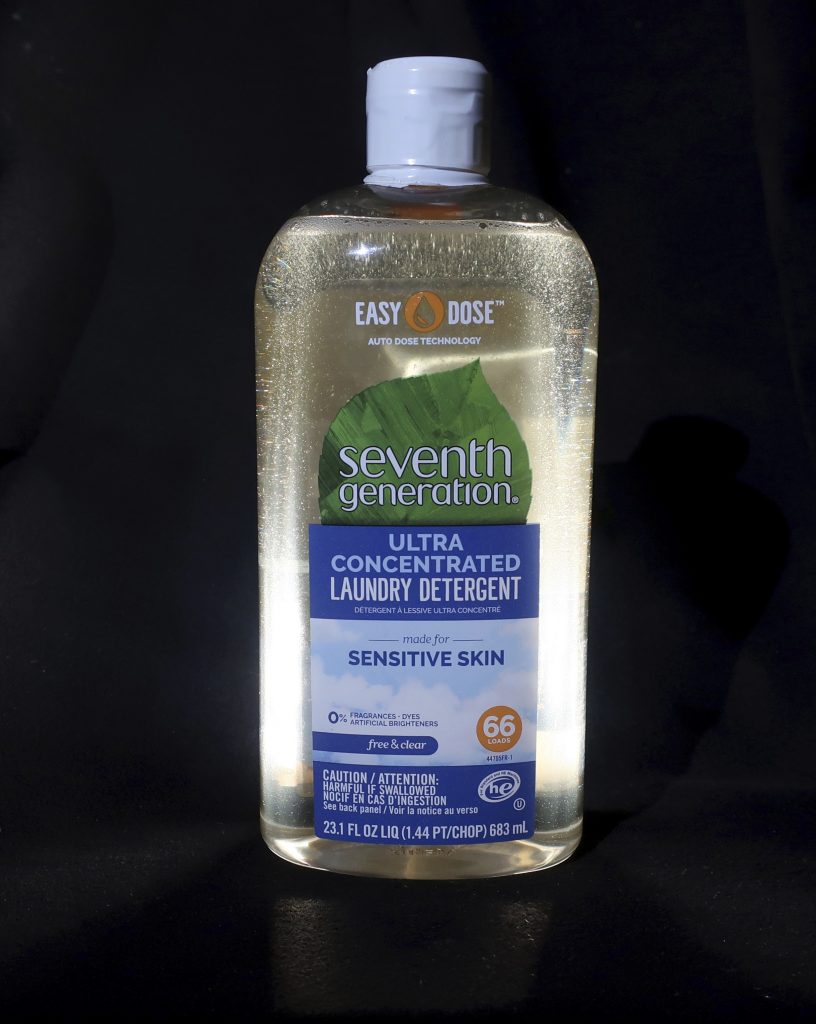 Tide and Seventh Generation have introduced redesigned laundry detergents that are several pounds lighter by cutting down on plastic in their packaging and using less water in their formulas. They’re making the changes to please Amazon and other online stores: Lighter packaging means retailers pay less to ship the detergent to shopper’s doorsteps, making each sale more profitable.

For consumers, the new packaging has been designed to better survive shipping without leaking. The challenge, however, is getting online shoppers to buy detergent that looks nothing like the heavy bottles they are used to.

Tide is putting its detergent into a cardboard box, making it 4 pounds lighter than its 150-ounce plastic bottles, but still able to wash the same 96 loads. Seventh Generation went with a compact plastic bottle that’s less than 9 inches tall, rectangular in shape and has no measuring cup.

When Tide unveiled photos of its new packaging this fall, social media users joked that it looked like boxed wine. And when Seventh Generation tested an unlabeled version of its new bottle, some mistook it for shampoo.

The downsized detergents are a sign of Amazon’s growing influence. Companies that have designed products for decades to stand out on store shelves are now being pressured by online retailers to make their packaging lighter to cut down on shipping costs, said Gary Liu, vice president of marketing at Boomerang Commerce, which makes software for consumer goods companies.

Amazon, for example, may drop products from their website that costs too much to ship and aren’t making it enough money. Retailers decide how much to charge shoppers, but both Tide and Seventh Generation say they expect the lighter detergents to cost the same as traditional ones.

Tide says its Eco-Box has 60 percent less plastic and uses 30 percent less water in its soap than its 150 ounce bottles. The boxed detergent doesn’t need to be packed in another box: online retailers can just slap an address on it, another way to save costs. Tide, which is owned by Procter & Gamble, says the boxed detergent will be sold at online retailers next month, and it will still sell its traditional bottles.

Seventh Generation, which is owned by consumer goods company Unilever, spent about three years developing its smaller bottle. At 1.6 pounds, it is 5 pounds lighter than its standard 100 ounce bottle. It still washes the same 66 loads as the heavier one, the company said. The measuring cup was replaced with a cap that automatically squirts out the right amount of detergent needed for a single load of laundry.

To make sure the new bottle could withstand delivery, it was sent to a laboratory that mimics the vibrations of Amazon’s warehouse conveyor belts, the bumps of a delivery truck and any accidental drops by warehouse workers, said Jerica Young, Seventh Generation’s senior packaging engineer.

Leaky detergents are not only a pain for shoppers — they can also be expensive for retailers. Ken Day, who usually orders detergent online, said a traditional bottle of Seventh Generation detergent that he bought this summer showed up at his Quincy, Massachusetts, home with a loose measuring cup. After he complained, the retailer replaced the detergent, as well as the two other items that were in the box.

“Changing people’s behavior is always a challenging thing to do,” Bergstein said.