World Frenchman Is Traversing the Atlantic Ocean in a Barrel
World 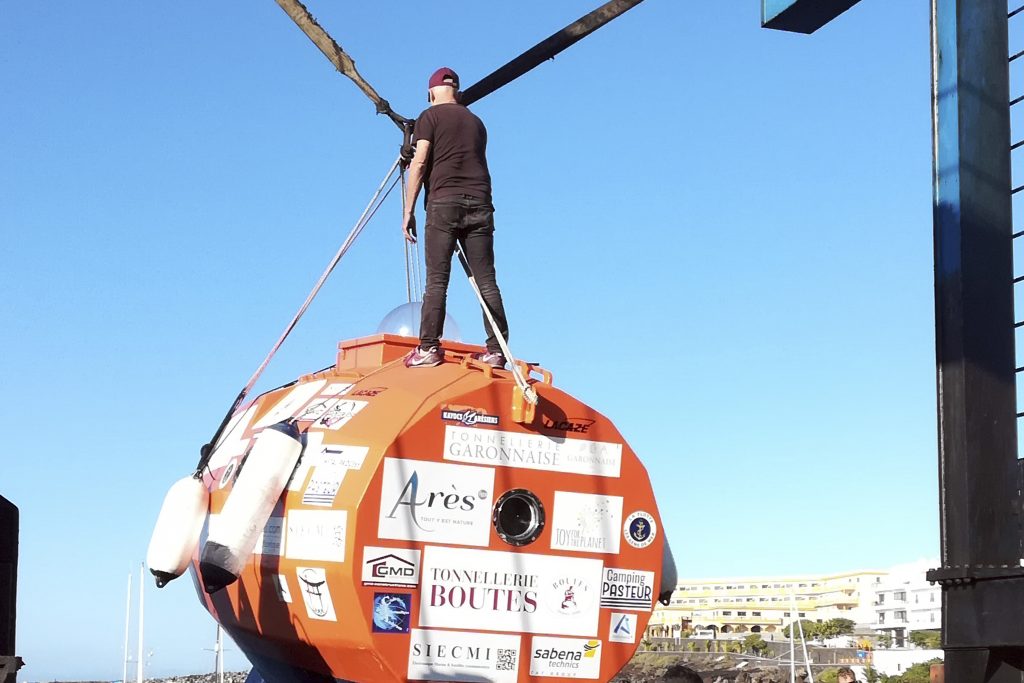 When Jean-Jacques Savin celebrates his 72nd birthday in January, he’ll probably be all alone inside an orange barrel somewhere in the Atlantic Ocean. But don’t worry: He has a special bottle of wine for the occasion.

Savin took off from El Hierro in Spain’s Canary Islands this week for a months-long trip he hopes will take him all the way to the Caribbean, propelled only by ocean currents.

“For the time being, my capsule is behaving very, very well and I’ve got favorable winds forecast until Sunday,” he told Agence-France Presse by phone after departing.

AFP reported that the orange vessel is made from resin-coated plywood and is designed to protect him not only from the elements, but also from possible attacks by orca whales. It has about 65 square feet of living space – enough room to sleep, cook and store Savin’s goods, which include wine and foie gras. It also includes a small window from which he can watch the fish below him.

Savin, a former paratrooper and park ranger, is documenting his trip on social media. On Thursday, he posted a selfie from inside the barrel, assuring his followers that “everything is going well today.”

Savin’s social media describes him as a “seasoned sportsman and adventurer in spirit.” On a crowdfunding site he is using to raise money for the trip, he said he has already crossed the Atlantic four times on a sailboat and is seeking to determine what the journey looks like without human assistance.

Savin will drop markers throughout the trip to assist an international marine observatory in its research on ocean currents. Solar power will allow him to stay connected and track his movements with a GPS.

He told AFP that he doesn’t know where he hopes to land at the end of the trip. “Maybe Barbados,” he said. “Although I’d really like it to be a French island like Martinique or Guadeloupe. That would be easier for the paperwork and for bringing the barrel back.”