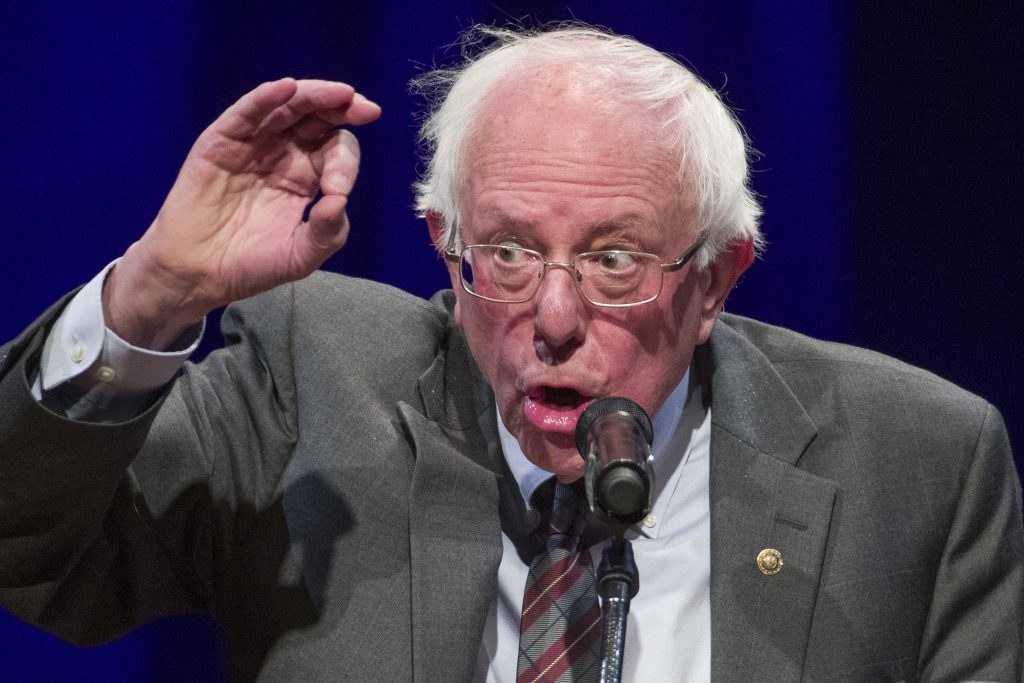 A clamor to create “Medicare for All” has exploded on the left. Democratic presidential hopefuls are racing to co-sponsor legislation, rising stars in the party are embracing it, and national polls show Americans warming to the concept.

But even the idea’s most fervent backers acknowledge that the goal is far off in the distance, beyond the next year or even the 2020 election.

Their aim for now is to shift the health-care debate. By making single-payer health care — a model under which all Americans would get their insurance from a single government plan — the progressive position, advocates argue that gives Democrats representing conservative areas of the country political cover to support more modest proposals to expand the government’s role in health insurance.

“Everybody understands we’re not going to get Medicare for All enacted in January. But it’s a marker about where we want to land, which is to say we want everybody to have health care,” Democratic Sen. Brian Schatz of Hawaii said in an interview. “This is about moving the so-called Overton window.”

Moving that Overton window — the spectrum of ideas the public will accept — captures the progressive strategy for making the government’s Medicare program available for everyone, not just those over 65. Schatz, for instance, is a co-sponsor of Sen. Bernie Sanders’ Medicare for All legislation, but has also offered a less comprehensive alternative that would give states the authority to let people who aren’t otherwise eligible buy into the Medicaid program targeted to aiding low-income individuals.

The maneuvering on health policy comes as the Affordable Care Act, which expanded insurance coverage to millions of Americans, is under a Republican-led court challenge. While the law, popularly known as Obamacare, remains in effect, the court case may drag into the 2020 campaigns for the White House and Congress. In the meantime, there’s a wide range of potential proposals between the status quo and a government-run single-payer system that are gaining support among Democrats.

“We will be having a conversation about many ideas on how we can lower the costs of health care,” said Rep. Ben Ray Lujan of New Mexico. The Democratic-led House will discuss the Medicaid buy-in that he co-sponsored with Schatz, as well as Medicare for All and “other initiatives members have, as opposed to Republicans who were only intent on repealing the Affordable Care Act,” he said.

President Donald Trump and his fellow Republicans are unlikely to give up their opposition to Obamacare, much less embrace an expansion of Medicare. Any hope of movement would rely on Democrats riding the issue to control of the White House and both chambers of Congress in 2020.

Schumer said Washington has to “do a lot more on health care,” and that it’ll be “a major issue in 2020.” Rep. Nancy Pelosi, poised to become House Speaker in January, has also kept her distance from a federal single-payer program, suggesting states adopt it first.

While Republicans have struggled to coalesce around a health-care alternative, they found unity in attacking Medicare for All against Democrats in 2018 House races, calling it a radical and costly government takeover of health care. Democratic candidates running in swing districts generally distanced themselves from the idea.

But the Kaiser Family Foundation found in March that 59 percent of Americans favor “Medicare for All,” a figure that’s grown in recent years, while 38 percent oppose it. Support fell to 53 percent, though, when it was dubbed a “single-payer plan.” Meanwhile, 72 percent favor a “Medicaid buy-in for everyone” and 75 percent favor an optional “Medicare for All” proposal that also lets people who already have coverage keep their plans.

The obstacles are enormous. Major changes to health care are politically treacherous as Americans, about half of whom get insurance from an employer, fear their coverage will be reduced. Opposition from industry and conservatives would make plenty of Democrats wary of such a disruptive change.

“We don’t have the support that we need,” said Rep. Pramila Jayapal of Washington, who will co-chair the Progressive Caucus. She said that she’d favor modest expansions of Medicare or Medicaid eligibility as a step toward Medicare for All.

“I am a big bold thinker; I’m also a good practical strategist,” Jayapal said. “It’s why the Medicare for All Caucus was started, because we want to get information to our members so people feel comfortable talking about the attacks we know are going to come.”

The Democratic Party shift is already under way. In September, former President Barack Obama praised Democrats are running on “good new ideas, like Medicare for All” — a stark reversal after he rejected the idea of a single-payer system at the outset of his health care overhaul push in 2009. Medicare for All legislation offered by Sanders is backed by numerous Democratic senators considering 2020 presidential bids, including New Jersey’s Cory Booker, New York’s Kirsten Gillibrand, California’s Kamala Harris, and Elizabeth Warren of Massachusetts.

The Sanders proposal is estimated to raise federal spending by $32 trillion, according to a study by the conservative Mercatus Center, which also found that it would modestly reduce overall U.S. spending on health care by saving money on provider payments and administrative costs. In other words, Americans would pay higher taxes to finance universal coverage and save on premiums and out-of-pocket costs.

“Our first job is to defend the Affordable Care Act. Our second is to improve it and make changes, for example to families’ vulnerability to the impact of high-priced drugs. And the third is to find a system of Medicare available to all that will increase the quality of care while it decreases the cost of all of us,” Warren said in an interview.

Jayapal predicted it would be “the top issue of the 2020 presidential campaigns.”

Even before the next Congress convenes in January, young, newly elected House progressives like Alexandria Ocasio-Cortez of New York and Ilhan Omar of Minnesota are pushing the idea of Medicare for All to their social media followers. Liberal groups like MoveOn and the Sanders-aligned Our Revolution want to make it a litmus test for Democratic presidential candidates in 2020.

“In the debate about what it means to be a Democrat, the progressive vision has won out,” said McElwee. Of the centrists who prevented a single-payer system from being considered when Obamacare was first debated, he believes that “they’ve lost the war; they’re going extinct.”