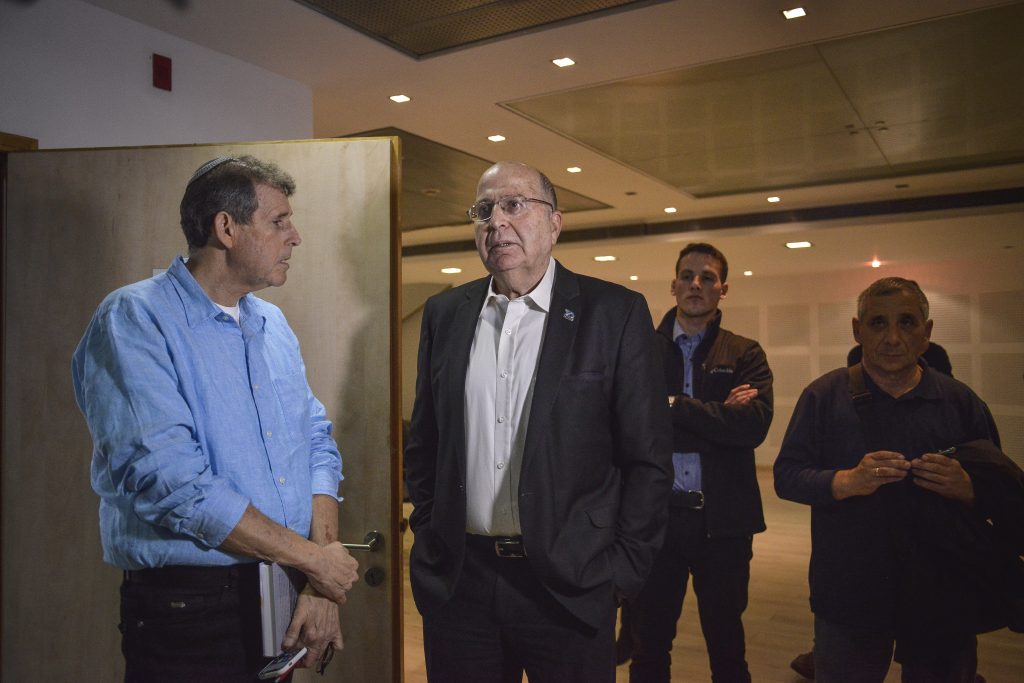 Two popular former IDF chiefs of staff, Benny Gantz and Moshe Yaalon, are holding talks on the possibility of running together in the upcoming elections, according to Hadashot and Channel 10 on Wednesday night.

However, it was as yet unclear what would be the framework of such an alliance.

As Yaalon has already announced that he is forming a new party, and Gantz remains uncomitted, he could join Yaalon’s slate if they do agree to run together. In addition, Yaalon as a former defense minister and Likud MK has political experience that Gantz, a newcomer to politics, lacks. On the other hand, Gantz has poll figures that Yaalon does not.

However, it was also reported on Arutz Sheva that Gantz plans to register his own party in the coming days, but that they will combine their electoral slates, if the deal goes through.