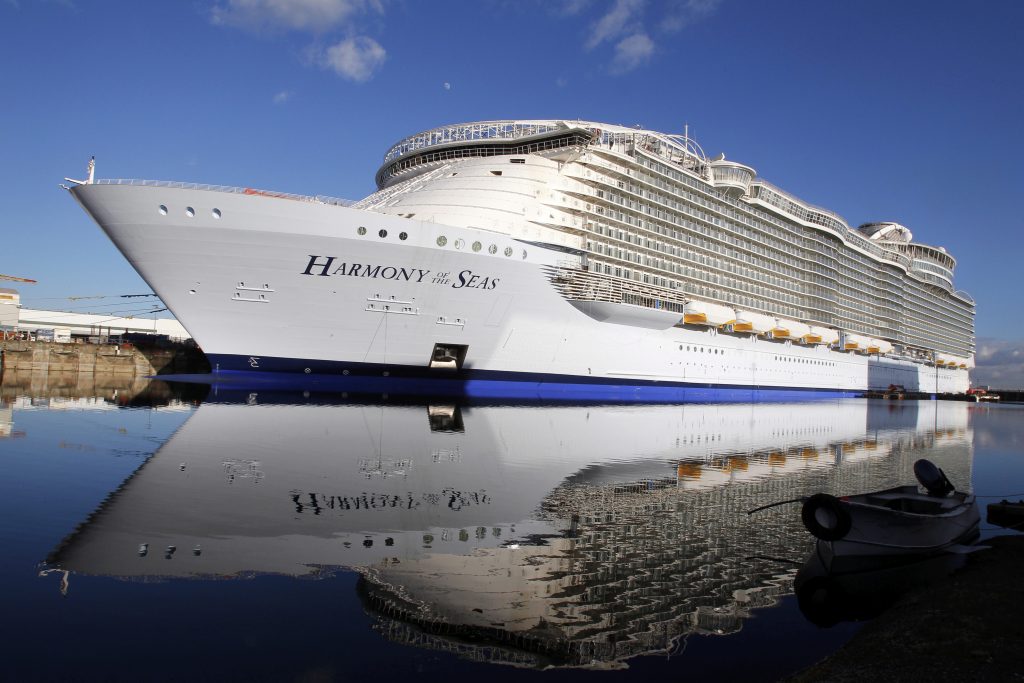 The U.S. Coast Guard said on Wednesday it was searching for a British crew member who went overboard from a Royal Caribbean Cruises Ltd cruise ship in the Atlantic Ocean.

Arron Hough, 20, went overboard 267 miles off the northwest of Puerto Rico on Tuesday, a spokesman for the Coast Guard 7th District told Reuters in a telephone interview.

At the time the Coast Guard became aware of the incident, the Harmony of the Seas ship was traveling from its home port of Fort Lauderdale, Florida, to its first stop of St. Maarten island on its seven-day Caribbean itinerary, the Miami Herald newspaper had reported earlier.

The Coast Guard said it continued its search for Hough with an airplane and cutter ship.

Royal Caribbean Cruises said the missing person was a member of the “entertainment team” onboard Harmony of the Seas and that he did not show up for work on Tuesday.

“We are saddened to report that after a review of the ship’s closed-circuit camera footage, he was observed entering an area on Deck 5 at around 4am and was not seen again”, Royal Caribbean told Reuters in an emailed statement.

“Local authorities were notified and a ship-wide search for the crew member was conducted.”

The U.K. Foreign Office said it was providing assistance to the family of the missing person, according to a statement cited by Sky News.