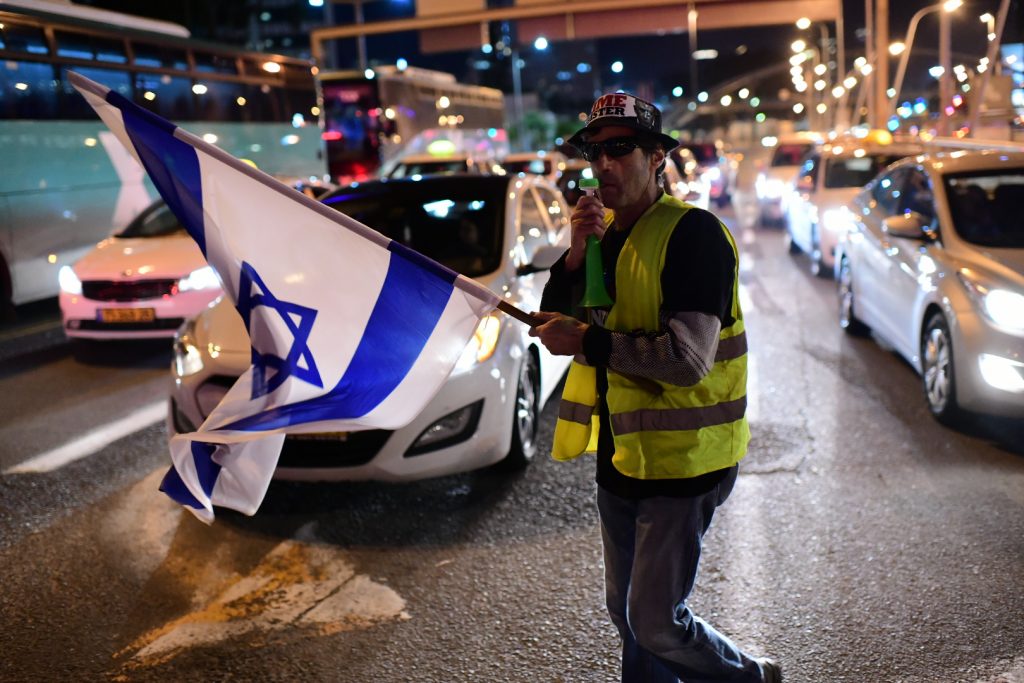 Israel’s “yellow vest” protesters are out to set the agenda for the coming elections.

“Our goal is to make the high cost of living and the reasons behind it, which is the lack of competition in key Israeli markets, the main issue in these elections,” Guy Globerman, leader of the Israel 2050 movement and the yellow vests campaign, told The Jerusalem Post on Tuesday.

The organizers claim to be non-partisan, motivated by indignation over the current wave of price increases on food products, utilities and other necessities.

“Our main goal is for the politicians to act,” said Globerman. “Don’t just talk about security and corruption in the election campaign, but that life is expensive in Israel. It’s not about right wing or left wing, it’s about high prices.”

Turnout at their demonstrations in Tel Aviv have so far not approached the massive outpourings against the cost of living in 2011, with hundreds of people participating rather than hundreds of thousands.

But on Monday, they took credit for the announcement of the Israel Electric Corporation that its price increase would be only 2.9 percent, and not the 8 percent it had initially said would take effect on January 1. The yellow vests called it a “public achievement.”

Despite their identification with the violent yellow vests that recently turned Paris into a battleground with riot police, their Israeli counterparts stress that change for the better, not anarchy, is their goal.

“Unlike in France, the yellow vests in Israel are not taking to the streets for the sake of fighting,” said Globerman. “We really want to change the structural problems in our economy while it is strong.”

Israeli “yellow vest” protests against the rising cost of living, near the Government Quarters in Tel Aviv, December 22.