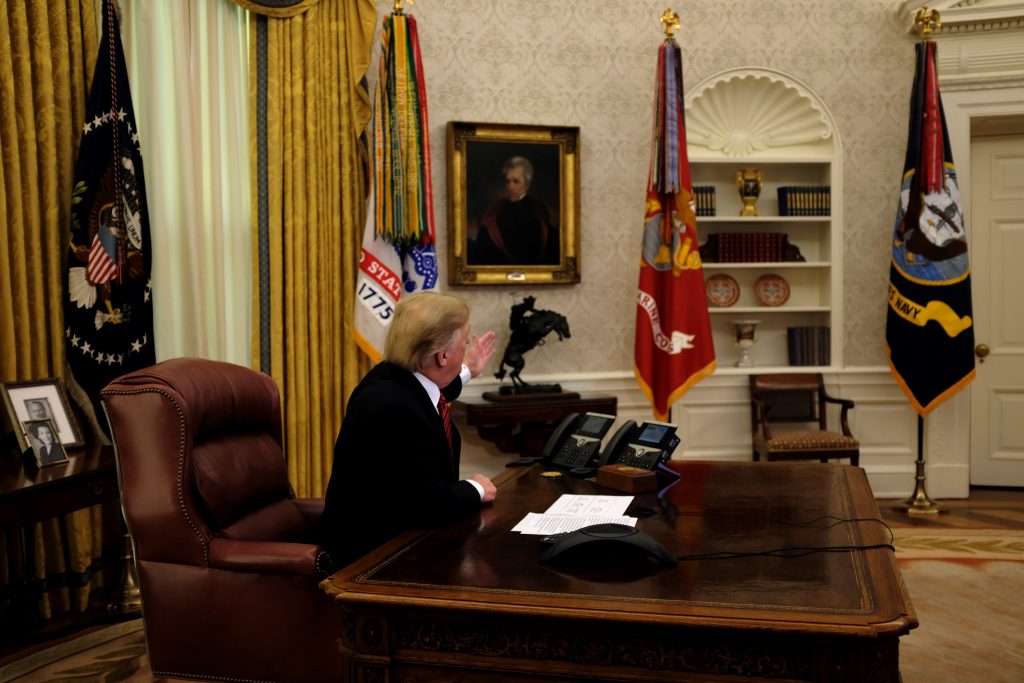 President Donald Trump on Tuesday said the partial shutdown of the federal government was going to last until his demand for funds to build a U.S.-Mexico border wall is met.

The government partially shut down on Saturday, and there is not yet any sign of tangible efforts to reopen agencies closed by a political impasse over Trump’s demand for border wall funds.

“I can’t tell you when the government is going to reopen,” Trump said, speaking after a video conference with U.S. troops serving abroad. “I can tell you it’s not going to reopen until we have a wall, a fence, whatever they’d like to call it. I’ll call it whatever they want, but it’s all the same thing. It’s a barrier from people pouring into the country, from drugs.”

He added: “If you don’t have [the wall], then we’re just not opening.”

Funding for about a quarter of federal programs – including the departments of Homeland Security, Justice and Agriculture – expired at midnight on Friday. Without a deal to break the impasse, the shutdown is likely to stretch into the new year.

Building the wall was one of Trump’s most frequently repeated campaign promises, but Democrats are vehemently opposed to it.

The White House main switchboard number is closed during the shutdown. Callers receive the message, “We apologize, but due to the lapse in federal funding, we are unable to take your call. Once funding has been restored, our operations will resume.”