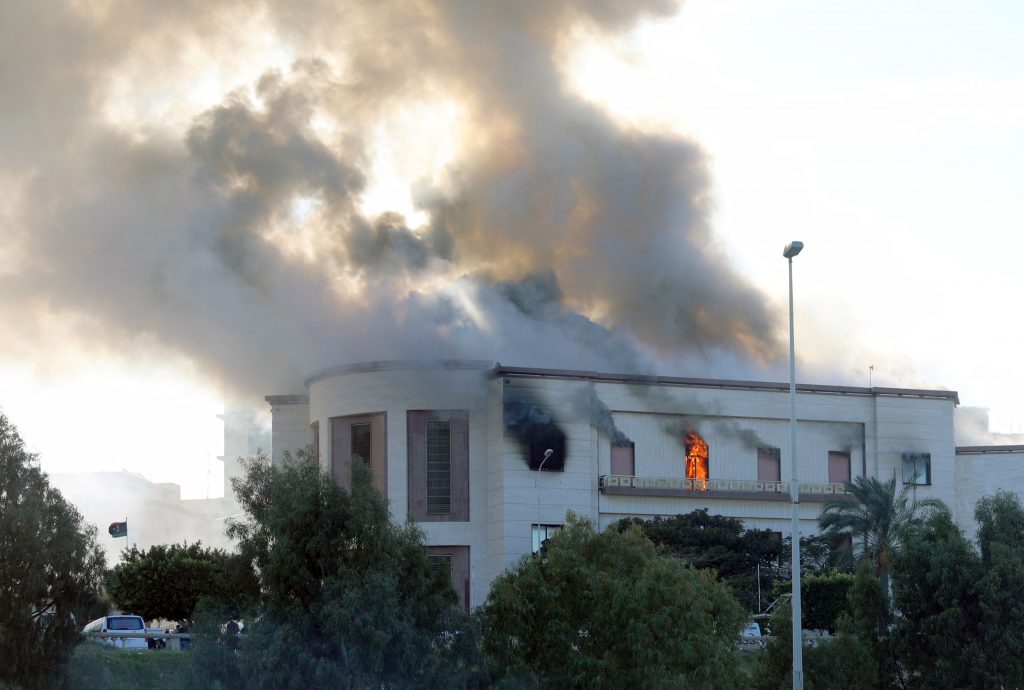 Suicide terrorists hit the headquarters of Libya’s Foreign Ministry in Tripoli on Tuesday, opening fire before blowing themselves up inside, a security source said.

An employee at the ministry said three people were killed and six wounded. The Health Ministry confirmed one dead and nine wounded.

The three terrorists were suspected to be Islamic State terrorists, the security source, who requested not to be named, told Reuters. One was killed by the ministry’s guards and the two others blew themselves up, the source said.

Heavy smoke rose from the building, which was surrounded by security forces as wounded people were rushed to the hospital.