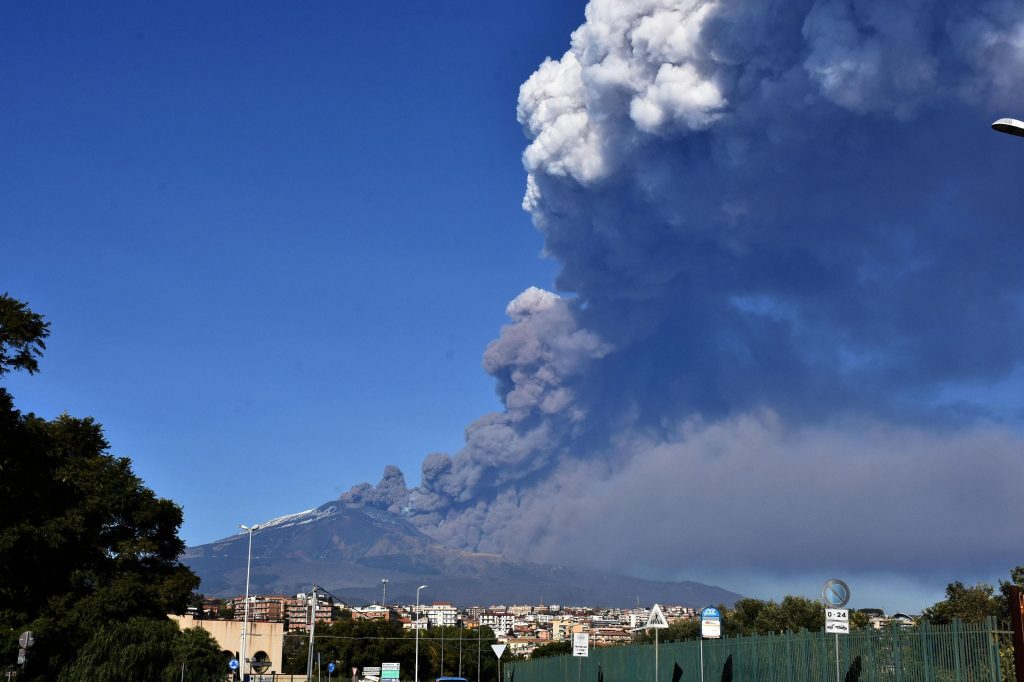 Italy’s Catania airport resumed full operations a day after an ash cloud from Mount Etna’s latest eruption forced it to shut down, while fiery red lava could be seen shooting from the volcano in eastern Sicily on Tuesday.

Ashes coated streets and sidewalks in the mountain towns of Zafferana Etnea and Santa Venerina. No evacuations of residents, many of whom work on farms or in tourism, were ordered.

At least 300 tremors rattled the slopes of the volcanic mountain during a three-hour span early Monday, including a magnitude 4.3 seismic shake, Italy’s National Institute of Geophysics and Volcanology said.

Tremors continued Tuesday, but they were less powerful.

A new 1.25-mile fissure opened up Monday on a stretch of uninhabited slope near Mount Etna’s southeast crater.

On Monday, hikers were brought down from the volcano’s higher elevations for their safety.

Etna has been particularly active since July.

Another volcano, Stromboli, on an inhabited Italian island of the same name and part of an archipelago north of Sicily, has shown increased activity of late, Italy’s national Civil Protection agency said Monday.