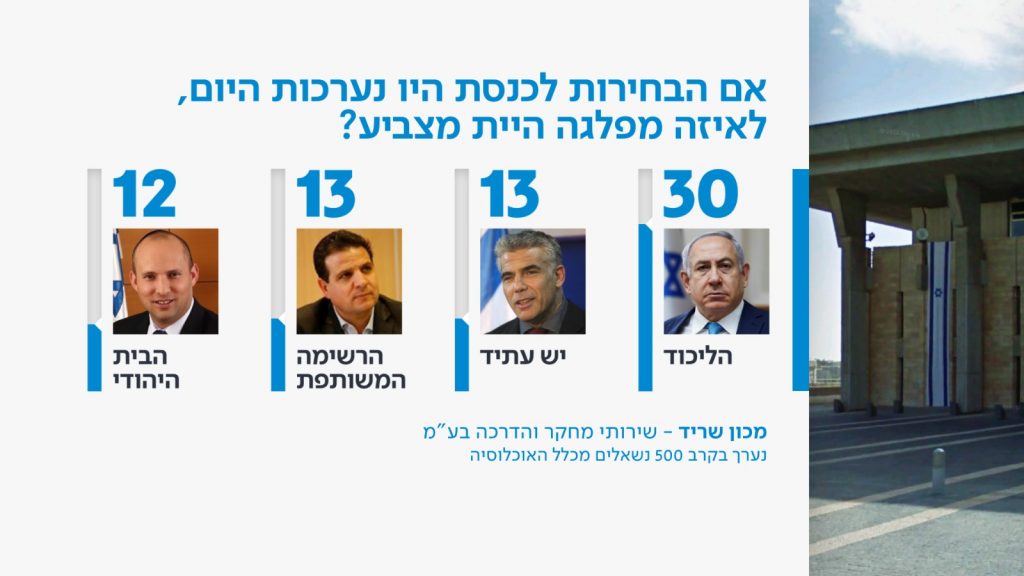 The news of early elections has already had a positive effect on at least one sector of the Israeli economy – the polling industry.

Monday’s announcement triggered a flurry of opinion polls trying to predict the outcome in April, asking voters about their preferences among the candidates, along with one who isn’t yet a candidate but holds a special place in the hearts of pollsters – former IDF chief Benny Gantz.

If elections were held today, everyone puts Likud ahead of the pack. Channel 10 said that Likud would receive 30 seats; Yesh Atid would get 15; Zionist Camp 12; the Joint (Arab) List 12; Jewish Home 10; Orly Levy-Abekasis’s new party, dubbed Gesher on Tuesday night, would receive 8; Yisrael Beytenu, United Torah Judaism, and Meretz would all receive 7; Kulanu and Shas would get 6.

But if Gantz would run as the leader of a party, the Likud total would be cut to 27 seats, followed by Gantz with 15 and Yesh Atid with 12. Gantz running alone would get 16, according to a Mina Tzemach poll.

The Kan broadcaster had Likud winning 30 seats, followed by Yesh Atid with 13, and the Zionist Camp with 10.

When queried about specific prime ministerial candidates, though, just 37 percent want Netanyahu for another term, similar to the Hadashot findings. But only 13 percent would want either Gantz or Lapid to succeed him, and a mere 7 percent want to see Zionist Camp head Avi Gabbay elected as premier, even though Gabbay said on Monday that the election would be between Netanyahu and himself.

That might explain why, according to Channel 10, Gabbay offered Gantz to lead his party. The former general turned him down.

The new party of Levi-Abekasis, daughter of former foreign minister David Levy, will emphasize socioeconomic issues, she said in a statement on Tuesday. “Now is the time for all Israel’s political parties to cease abandoning the weakest members of the population…they have for too long promoted hatred of one another…and undermined the national unity which is needed to fight the enemy.