The Lesson Behind the First Step Act 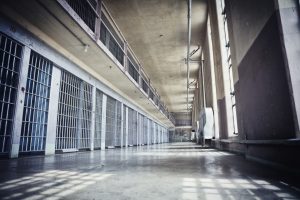 Last Friday, only hours before a government shutdown that symbolized a nation in disarray and highlighted the enormous political divide in Washington D.C., President Trump signed a piece of legislation that enjoyed overwhelming bipartisan support.

The First Step Act of 2018 allows low-risk federal prisoners to gain earlier release for good behavior as well as permitting more privileges in prisons. For many non-violent prisoners, this can help shave a significant percentage off their sentence.

There are many lessons that can be learned from this newly enacted law.

First and foremost is the incredible power of a single determined Jew.

As revealed in these pages three weeks ago, the long journey that culminated on Friday in the White House began with a heart filled with caring for others, and a burning desire to do something about it.

Mr. Moshe Margaretten, a Skverer Chassid who spent his childhood in the United States but spent his teenage years in Eretz Yisrael, where his family had moved, had seen firsthand the devastating ramifications of a prison sentence on family members, when the father of a close friend was serving time in jail.

He saw the family collapsing, both financially and emotionally. And from that moment on, he always had the idea in his mind that he’d like to help prisoners’ families in some way.

After moving back to the United States after his wedding, he didn’t forget his dream. Although only in his early twenties, with no political or legislative experience, he decided to devote his energies to support legislation to ease the plight of those behind bars.

He was soon joined in his efforts by his close friend Mendy Rothchild. A little later on, upon the suggestion of a prisoner he was visiting in the Federal penitentiary in Otisville, he contacted another young activist for prisoners’ rights, Los Angeles-based Rabbi Zvi Boyarski, of the Aleph Institute.

Mr. Margaretten soon formed an extremely close working relationship with Rabbi Boyarsky, a Lubavitcher Chassid, as well as with his colleagues at the Aleph Institute, who used their many connections to forge relationships with key elected officials.

Isaac Sofer and Chezky Berkowitz, noted askanim in the Satmar kehillah, joined their efforts, playing a pivotal role in keeping the project alive at key moments.

Mr. Gary Apfel, a Kopyczynitzer Chassid, who has set aside a brilliant decades-long career as a corporate attorney to spend all his time and energy on the mitzvah of pidyon shevuyim, working without remuneration for the Aleph Institute, became an integral part of the Margaretten-Boyarsky team as well.

It took years of hard work, many ups and downs, dashed hopes, and a steely resolve to reject the naysayers who assured them that it would never happen. A few months ago, it was apparent that they had made much progress, and the proposed bill had picked up significant support both within the White House and on Capitol Hill; however, success was far from certain.

Key senators still needed to be convinced, and Moshe Margaretten had taken personal responsibility for the very large sums that had been borrowed to pay for the lobbyists.

As the askanim, working closely with a number of organizations, prominent lobbyists, and key Washington figures, focused on finding ways to get more senators on board, they also issued a call to Klal Yisrael, asking for their tefillos and for their financial support.

In a magnificent display of achdus, Klal Yisrael responded in a way that only it can. Donations flowed in — many of them from individuals who are far from wealthy — and Jews throughout the country poured out their hearts in tefillah.

On Friday, we saw the results of this achdus.

After the passage of the bill in Congress, Mr. Margaretten told Hamodia that he’s “overjoyed beyond belief that this ten-year-long journey ended with such an unbelievable hatzlachah.”

“It’s a special gift from Hashem that I had the zechus to orchestrate this historic reform from start to finish and to witness such siyatta diShmaya,” he said. “I’m humbled with gratitude today. And I could not have done it without the outpouring of support I so graciously received from all of Klal Yisrael.”

There are others in our community who dream about making a difference in the lives of others, but erroneously think that such projects must be left to the realm of well-known askanim or major organizations. As Moshe Margaretten proved, all one needs is a heart filled with ahavas Yisrael and a firm determination never to give up.