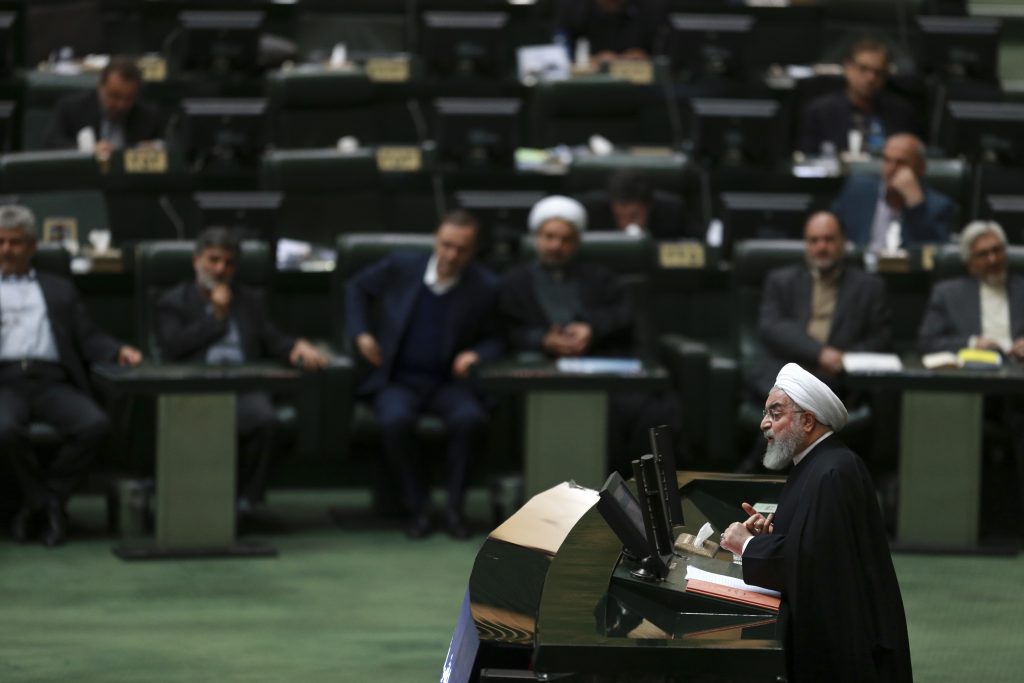 Iran’s president submitted next year’s budget to parliament on Tuesday, the first since the United States restored sanctions that had been lifted under the nuclear deal.

The $47.5 billion budget is less than half the size of last year’s, mainly due to the severe depreciation of the local currency following President Donald Trump’s decision to withdraw from the 2015 nuclear deal with world powers. The Iranian rial has fallen from around 42,000 to the dollar a year ago to around 100,000 today.

The government plans to fund 35 percent of the budget with oil revenues, projecting exports of up to 1.5 million barrels a day at a maximum of $54 a barrel.

The opaque budget bill did not include a projected deficit or a reference to military expenditures. Earlier this month, Iranian Foreign Minister Mohammad Javad Zarif said Iran spends less than $16 billion on its armed forces.

The U.S. restored tough sanctions on Iran’s vital oil industry in November, but granted waivers to a number of nations allowing them to continue imports in exchange for commitments to reduce them over time.

President Hassan Rouhani said the sanctions have hurt Iran but will not bring the Islamic Republic “to its knees.”

He said the sanctions will mainly harm Iran’s economic development and its poorer citizens. The government is allocating $14 billion to import medicine, medical equipment and other necessities, slightly more than the $13 billion allocated last year.

Lawmakers interrupted Rouhani’s speech on two occasions to protest the government’s water policies. Iran is suffering from a decade-long drought, and water shortages have sparked protests over the past year.

The budget will be subject to changes during a parliamentary review lasting more than a month. The final bill must be approved by a clerical council.