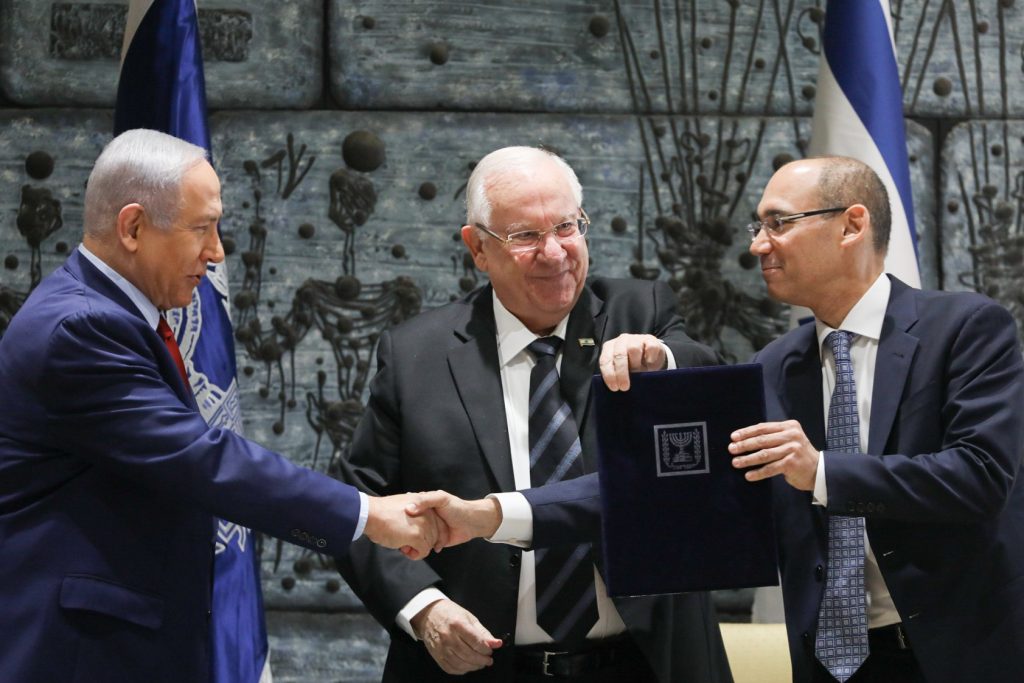 After the resignation of Karnit Flug last month, her successor, Professor Amir Yaron, was installed as the new chairperson of the Bank of Israel on Monday. At his installation ceremony Monday, President Reuven Rivlin wished Yaron success, adding that he had a very challenging job ahead of him. “Price increases hurt Israelis in the place where they are weakest. Socio-economic differences and inequality should make us lose sleep.” The Bank of Israel, he said, had a central role in ensuring price stability.

Prime Minister Binyamin Netanyahu, in his remarks at the ceremony, said that he was “positive that Israel would survive the latest storm in the financial markets.” Speaking a day after the Tel Aviv Stock Exchange sustained significant losses – following in the wake of world markets – Netanyahu said that “the Israeli economy is competitive and makes things people want to buy. We have the ability to produce more, and to open more markets. We are in advanced stages of negotiations on a free-trade zone with China. This will open up Israel to things that are hard to imagine now. We are doing the same thing with India, Africa, and Latin America. The world markets are opening up to us.”

Yaron, 54 years old, is an Israeli who worked in the U.S. for many years as a professor of banking and finance at the Wharton School, and of business administration at the University of Pennsylvania. Yaron, who was chosen for the job in November, beat out two significant contenders – Professor Efraim Tzadka and Professor Mario Blecher, both with many years of experience in Israel and abroad.

Yaron is expected to continue the relatively conservative fiscal policy and interest rates that Flug, and her predecessor Stanley Fisher both implemented.

In a statement after his appointment, Yaron said that he would “do all in my power to fortify the strength and continued growth of the Israeli economy so that the entire Israeli public will benefit from its results. I am excited to return to Israel after the years I spent in the United States pursuing my academic work, and I view this position as the pinnacle of my professional career.”