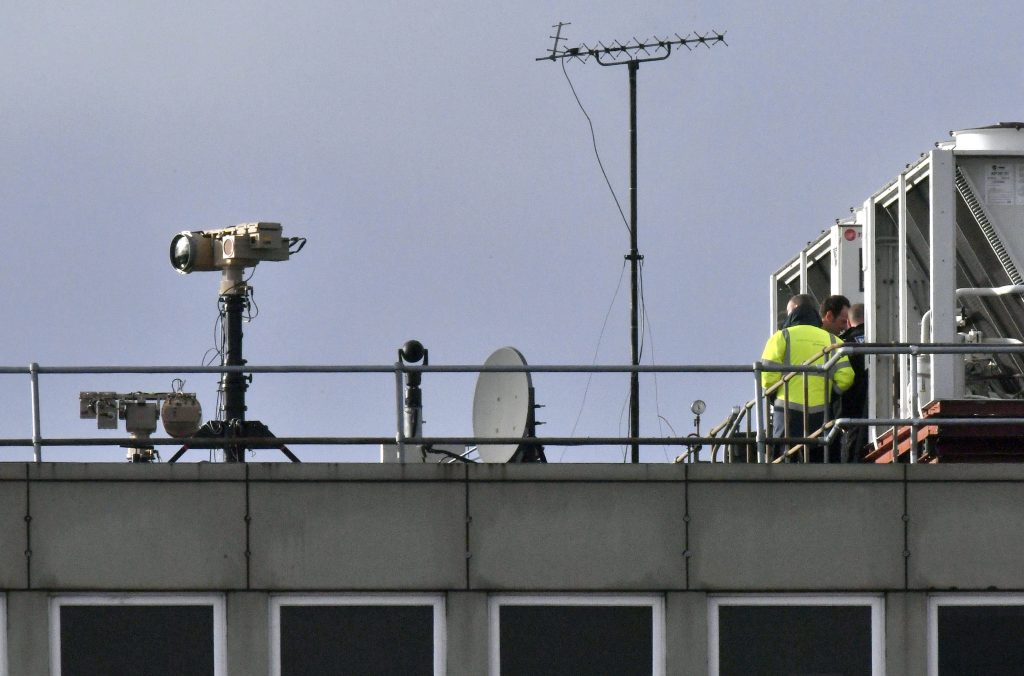 Sussex Police insist investigations into drone sightings around London’s Gatwick Airport are ongoing despite a comment from a senior detective that there may not have been any drones flying over the airport after all.

The drone crisis led to a series of shutdowns at the country’s second-busiest airport over a three-day period last week, which left tens of thousands of holidaymakers stranded at the height of the end-of-year travel season.

The airport was operating normally Monday, but military equipment remains in place to deter and track any fresh incursions.

In a statement on Twitter late Sunday, police said 67 drone sightings had been made by the public, passengers, police officers as well as staff at the airport, which is about 30 miles south of London.

Police said: “We have recovered a damaged drone, we’re conducting house-to-house enquiries & taking statements from all who reported sightings.”

The clarification was deemed necessary after Sussex Chief Detective Jason Tingley raised eyebrows — and drew wide criticism in the British press — when he said it’s a “possibility” that there had not been drones in the area at all.

He was referring to the fact that the reported drone sightings came from human beings, not from electronic tracking equipment that could provide independent verification.

Nonetheless, the prospect that a travel breakdown that stranded or delayed more than 100,000 passengers might have been based on mistaken reports of drone activity caused widespread consternation.

Police were also criticized for arresting a man and a woman in connection to the drone flights and then releasing them without any charge after their names and photos had been published in many newspapers.

It is not clear whether the damaged drone discovered near Gatwick Airport will provide forensic clues that could lead police to locate the perpetrators of the worst reported drone activity to hit a major international airport.

Police say it was found in the area near where the last drone sighting occurred on Friday evening. The drone is being tested for DNA, fingerprints and other evidence.