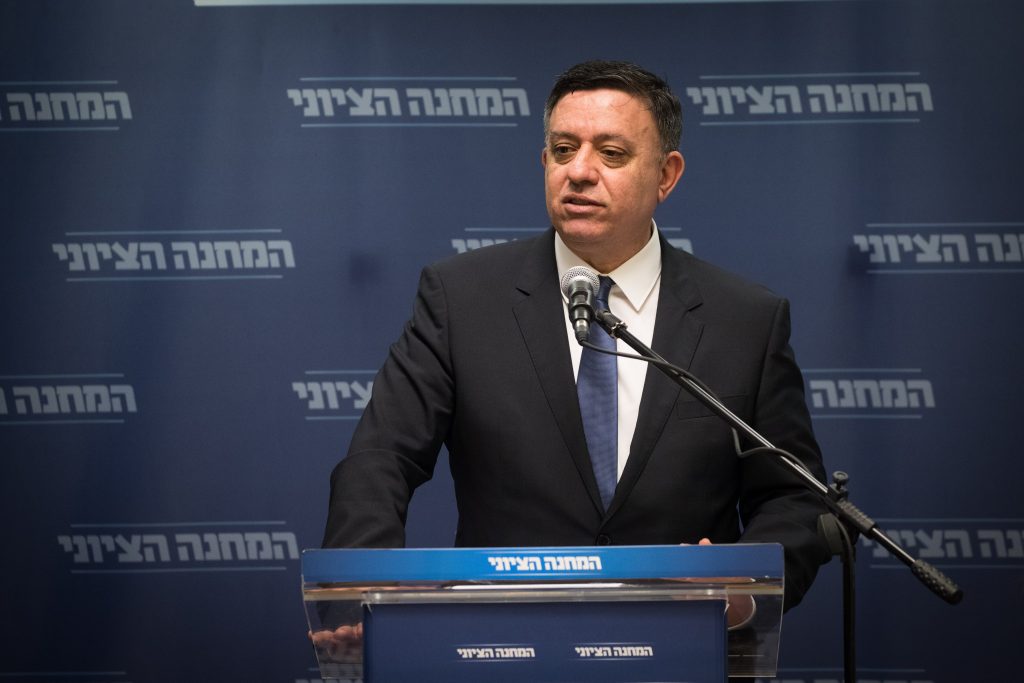 Not graciousness but unconcealed glee marked the reaction of opposition leaders to Israeli Prime Minister Binyamin Netanyahu’s announcement of early elections on Monday.

“Good riddance,” proclaimed Meretz party chair Tamar Zandberg. She added in a statement that “it is time for this coalition to dissolve, and it is time for Israel to get a better future.”

Senior Zionist Camp MK Shelly Yachimovich concurred: “All the antics didn’t help, we must go to elections and bring an end to the rule of the Netanyahu government, which has become a government that sows destruction in every possible field in order to preserve Netanyahu’s personal survival,” Yacimovich said.&

Zionist Camp chairman Avi Gabbay seized the opportunity to try to project himself as the main contender against PM Netanyahu, claiming that the campaign will be “between me and Netanyahu.”

Apparently mindful of the fact that opinion polls have consistently put Yair Lapid’s Yesh Atid party in the No. 2 spot, well ahead of Gabbay, the latter explained his surprising calculation:

“All the political players have announced they will sit in a government headed by Netanyahu, and therefore these elections are between me and Netanyahu,” Gabbay said in a statement.

Former Prime Minister Ehud Barak was heard from, though. He said the elections will be the most crucial in Israeli history since the 1995 Rabin assassination.

“If we’ll act right…we could say farewell to Netanyahu,” he said, “instead of the dark..reckless vision sponsored by him [we should have] a relaunching of the original Zionist vision,”& Barak, a tireless critic of the prime minister, told Channel 2 news on Monday.

He also said he might join a political coalition if to defeat PM Netanyahu, but that he does not see himself assuming the position of Prime Minister.