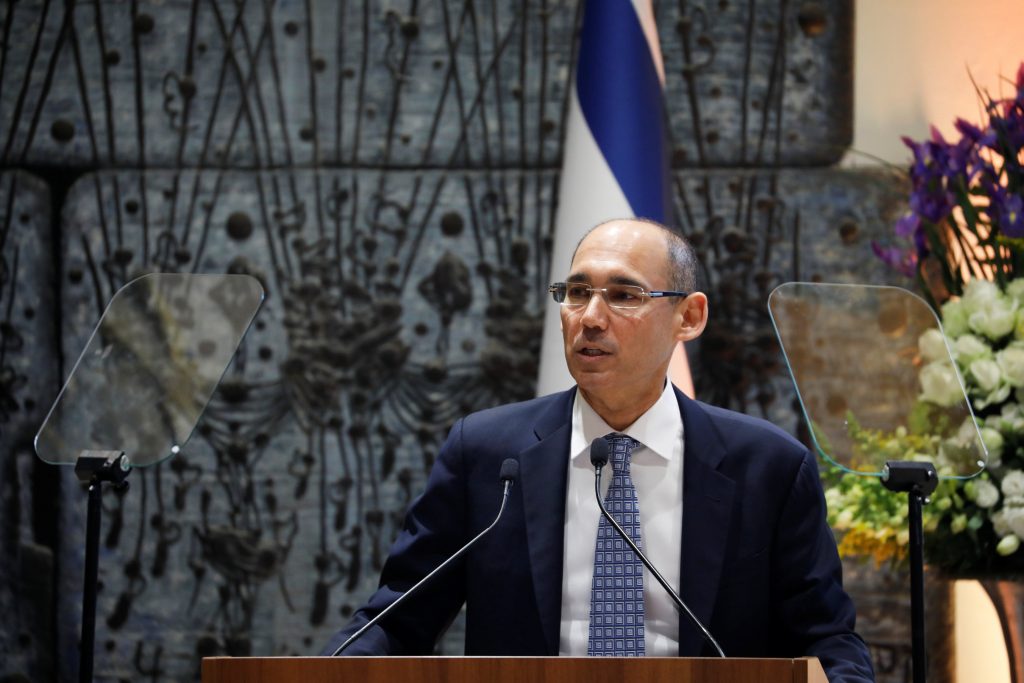 New central bank governor Amir Yaron sees normalizing monetary policy as the most pressing challenge facing the Bank of Israel, he said as he took over the role on Monday.

His comments follow an unexpected vote by policymakers on Nov. 26 to raise interest rates for the first time in seven years after they were cut dramatically during the global financial crisis. That took the benchmark rate to 0.25 percent from 0.1 percent, where it had stood since 2015.

“It is important that the interest rate is not raised too rapidly or aggressively, as that may halt growth, but also not with a delay which is liable to cause … an outbreak of inflation,” said Yaron, 54, who was a professor at the Wharton School of the University of Pennsylvania

He said he viewed interest rates “as the main and most effective tool for directing monetary policy.”

An Israeli who has lived in the United States for two decades, Yaron was formally sworn in as governor on Monday.

The Bank of Israel‘s next policy meeting is on Jan. 7.

Yaron said the shekel exchange rate should be determined by market forces “without the need for significant intervention in the foreign exchange market.” But the bank would continue to act should there be fluctuations in the exchange rate that are not in line with underlying economic conditions.

Over the past decade, the Bank of Israel has bought more than $80 billion to prevent the shekel from strengthening too rapidly and harming exports.

“The Israeli economy and financial system are resilient and stable, but the markets’ volatility and declines in recent months, the possible end of the current business cycle, and the negative developments in world trade emphasize the importance of responsible fiscal conduct,” Yaron said.

He said the bank would examine together with other regulators the adoption and integration of financial instruments that were tried successfully elsewhere to broaden financial services to consumers and businesses.

Yaron said solid economic growth in recent years was helped by prudent budget policies and a drop in Israel‘s debt to GDP ratio to around 60 percent. But he warned that economic deterioration and credit rating declines “can occur rapidly, like sliding down a slippery slope.”

Israel‘s economy is estimated to have grown about 3.5 percent in 2018 and a similar pace is expected in 2019.

Netanyahu said he saw two key tasks for Yaron – to increase banking competition and raise the level of technology to enable better access to credit for all businesses.