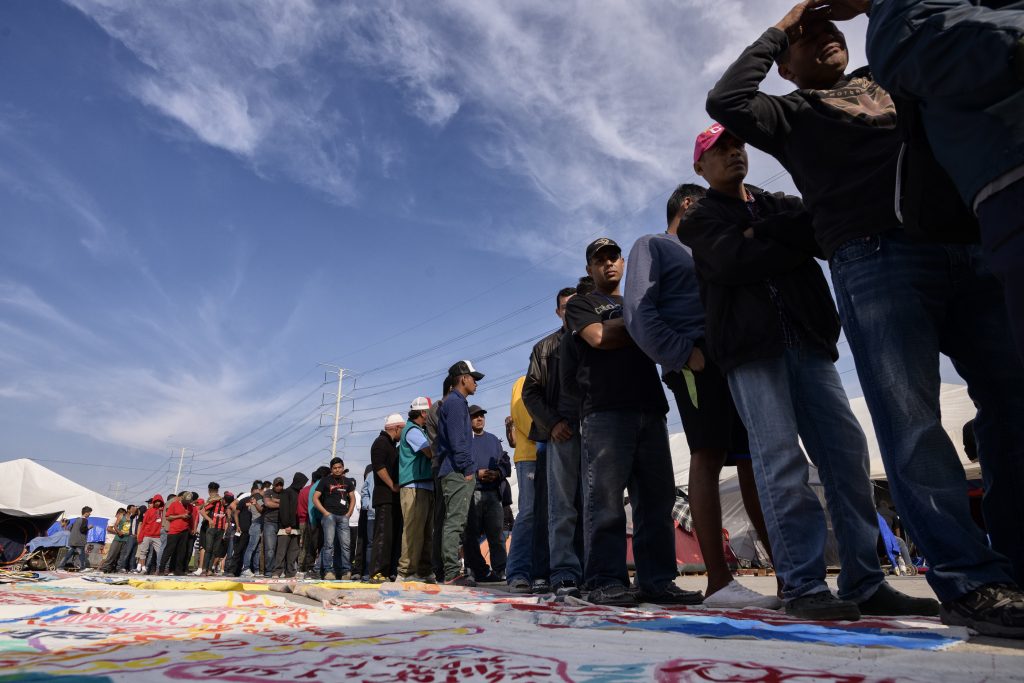 The Mexican government on Monday pledged to end the “horror” migrants face crossing the country en route to the U.S. border, and pressed Washington for more details of its plan to send asylum-seekers to Mexico while their requests are processed.

Mexico’s government had said it would on Monday set out its position on the Trump administration’s radical policy change, announced last week, that migrants seeking refuge in the United States would be sent to Mexico while their cases are pending.

But for the second time running, Mexican foreign minister Marcelo Ebrard told a regular news conference that he would seek “more information” from U.S. authorities about the plan both sides unveiled on Thursday.

Most migrants traveling to the United States are from poor and violent countries in Central America. Caravans of them from the region have in recent months fanned tensions between Mexico and U.S. President Donald Trump over border security.

Ebrard reiterated his government would not sign any accord that made Mexico a “safe third country” – an agreement Mexico says U.S. officials have requested which would oblige migrants who arrive first in Mexico to file asylum requests there.

Instead, the minister said, Mexico would “drastically” change its migration policy to ensure that its response to the mass movement of people was humanitarian.

“Today there’s only one way of describing the experience of the migrants that travel through our country: It is a horror. Humiliations, abuses, violations, and outrages,” Ebrard said alongside President Andres Manuel Lopez Obrador.

Deflecting attention from President Trump’s often pointed criticism, Mexico has tried to take the higher ground in the debate by promising to help migrants get jobs and visas.

Interior Minister Olga Sanchez told the news conference that migrants would in future enter Mexico in an “orderly” and “safe” way, vowing a shift away from what she called a policy of “repression and militarization” at its southern border.

But many questions remain about how Mexico will cope with an influx of potentially thousands of Central Americans into the country for cases that may take years to process.

Lopez Obrador has sought not to antagonize Trump by commenting on the U.S. president’s demands for a southern border wall, and on Monday he again declined to do so.

“There’s a special situation in the United States and I don’t wish to offer a point of view,” he told reporters. “I will keep my counsel. There will be time.”