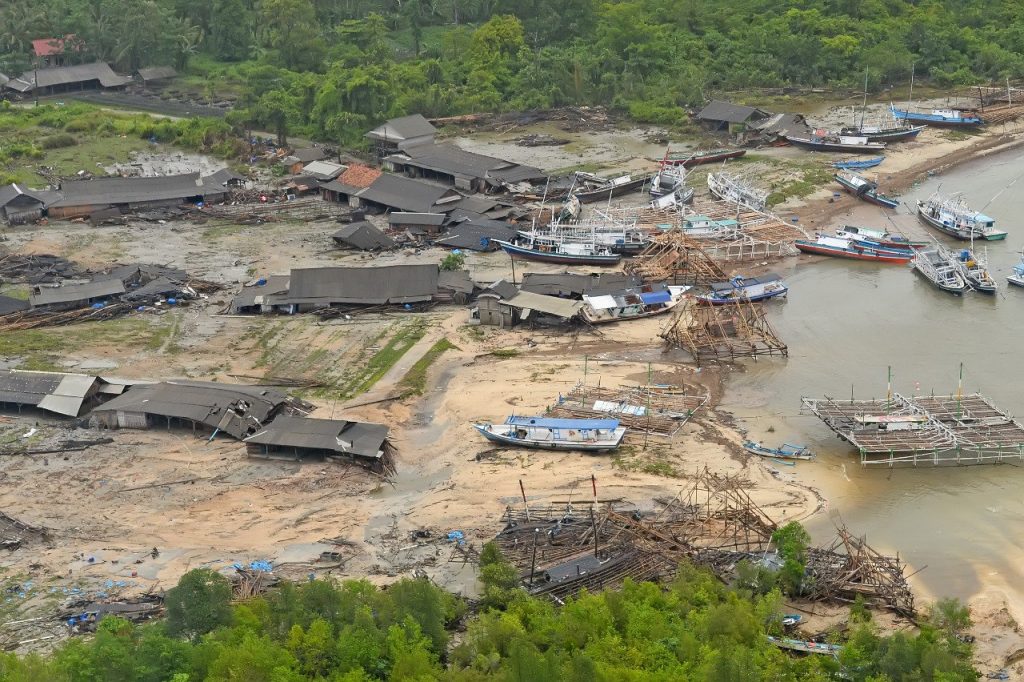 The death toll from a tsunami triggered by a massive underwater landslide on an Indonesian volcano rose to 281 on Monday, as rescuers using heavy machinery and their bare hands searched through debris in the hope of finding survivors.

Indonesia’s meteorological agency confirmed the collapse of part of Anak Krakatau, a volcano midway between Java and Sumatra, caused a tsunami 6-10 feet (2-3 meters) high that hit the rim of the Sunda Strait late on Saturday.

At least 1,000 people were injured and nearly 12,000 coastal residents forcibly evacuated to higher ground, with a high-tide warning extended to Wednesday.

Anak Krakatau, which means child of Krakatau, has been spewing ash and lava for months. Sixty-four hectares (158 acres) of the southwest side of the volcano collapsed.

“This caused an underwater landslide and eventually caused the tsunami,” said Dwikorita Karnawati, head of the meteorological agency.

Aid trickled in to Pandeglang, the worst-affected area on Java’s west coast, and hundreds of soldiers and volunteers picked through piles of wreckage looking for bodies along a 60-mile (96.5-km) stretch of beach.

The vast archipelago, which sits on the Pacific “Ring of Fire,” has suffered its worst annual death toll from disasters in more than a decade. Earthquakes flattened parts of the tourist island of Lombok in July and August, and a double quake-and-tsunami killed more than 2,000 people on Sulawesi Island in September.

Saturday’s tsunami came with almost no warning and destroyed more than 700 buildings, from small shops and houses to villas and hotels.

President Joko Widodo visited the area on Monday and said an alert system was needed.

“I’ve instructed the Meteorology, Climatology, and Geophysical Agency to buy a detection device or a system that would provide an early warning so that the residents can be spared,” he told reporters.

Several scientists said earlier that the most likely cause of the tsunami was the collapse of part of the volcano.

Families continued to stream out of the area on Monday for fear of further tsunamis, jamming roads already blocked by debris.

Britain, Australia and Canada advised nationals to monitor the situation closely and the United States Embassy said it was ready to assist if needed.

Heavy equipment was being used to help with rescue efforts. Medics were sent in with the military, while groups of police and soldiers reached remote areas.

The western coast of Banten Province in Java, Indonesia’s most populated island, was also badly hit and at least 60 people were killed in Lampung in southern Sumatra, the disaster agency said.

Authorities buried 16 bodies in a mass grave in South Lampung late on Sunday at the request of relatives, Colonel Erwin Djatmiko, a military commander there, told Reuters.