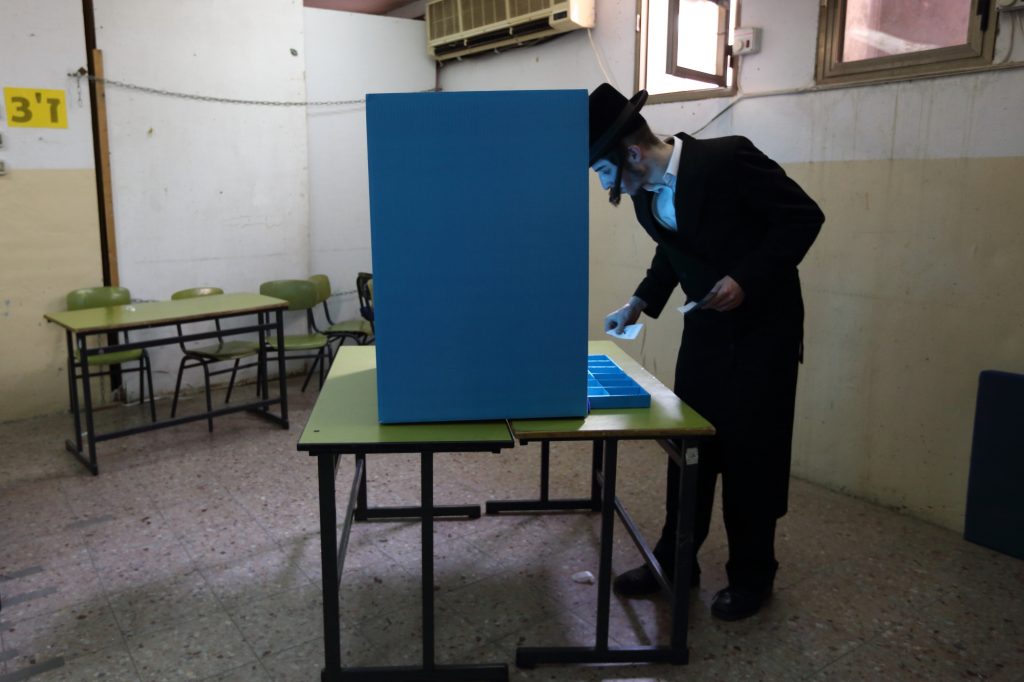 It’s official: After four full years of a Likud government led by Prime Minister Binyamin Netanyahu, Israel will be going to new elections, to be held in April. At the conclusion of a meeting of the heads of parties in the current coalition, the party heads said in a statement that “out of fiscal and national responsibility we have unanimously decided to disperse the Knesset and carry out elections. The coalition will remain in place throughout the election period.”

The announcement came a short time after Yesh Atid and Yisrael Beytenu said earlier Monday that they would not support the Draft Law, as they had previously pledged to. Both parties accused the Likud of “making a deal” with the chareidi parties that would not live up to the requirements placed by the High Court for a draft law. Commenting on that move, opposition chairperson Tzippy Livni said that “the draft law as proposed will do nothing but prolong the process where chareidim do not join the army. Yesh Atid did well by changing its position. Voting for it would have been a mistake. With or without that law, Netanyahu must go.”

Also contributing to the demise of the coalition was the fact that it now has only 61 members, after Avigdor Liberman took his Yisrael Beytenu party out of the government. Many political experts, as well as Likud MKs, felt that the breakup of the government was just a matter of time, given the narrow majority the government had.

In polls taken in recent weeks, Netanyahu is still the people’s choice for prime minister. In a contest that includes former IDF Chief of Staff Benny Gantz, a Hadashot News poll shows, Prime Minister Binyamin Netanyahu’s Likud party would get 28 seats. Gantz, who has not yet declared his intentions, would get 16 Knesset seats, making his party the second largest in the Knesset.

Gantz would get his support from potential Yesh Atid and Zionist Camp voters. The former would get 13 seats in the event of a Gantz candidacy, while the latter would get 10. Larger than Zionist Camp would be the United Arab List, with 12. Jewish Home would get nine seats, United Torah Judaism seven, and Yisrael Beytenu six. Shas, a party led by Orly Levy-Abuksis and Kulanu would get five apiece, while Meretz would get four. The results would almost guarantee Netanyahu another round as prime minister, with Gantz taking on the post of defense minister.