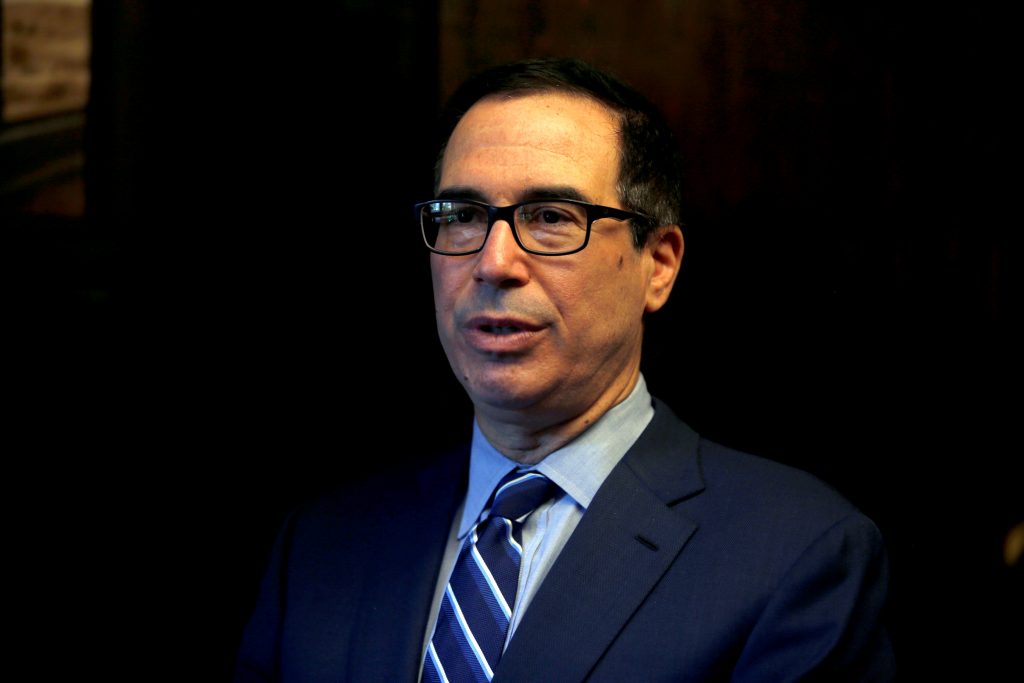 The U.S. Treasury Secretary said on Sunday he had held a series of phone conversations with top American bankers in what appeared to be a bid to ease nerves in financial markets.

U.S. stocks have plunged in recent weeks on concerns over slowing economic growth, with the S&P 500 index on pace for its biggest percentage decline in December since the Great Depression.

The Treasury said in a statement that Mnuchin talked with the chief executives at Bank of America, Citi, Goldman Sachs, JP Morgan Chase, Morgan Stanley and Wells Fargo.

“The CEOs confirmed that they have ample liquidity available for lending,” the Treasury said.