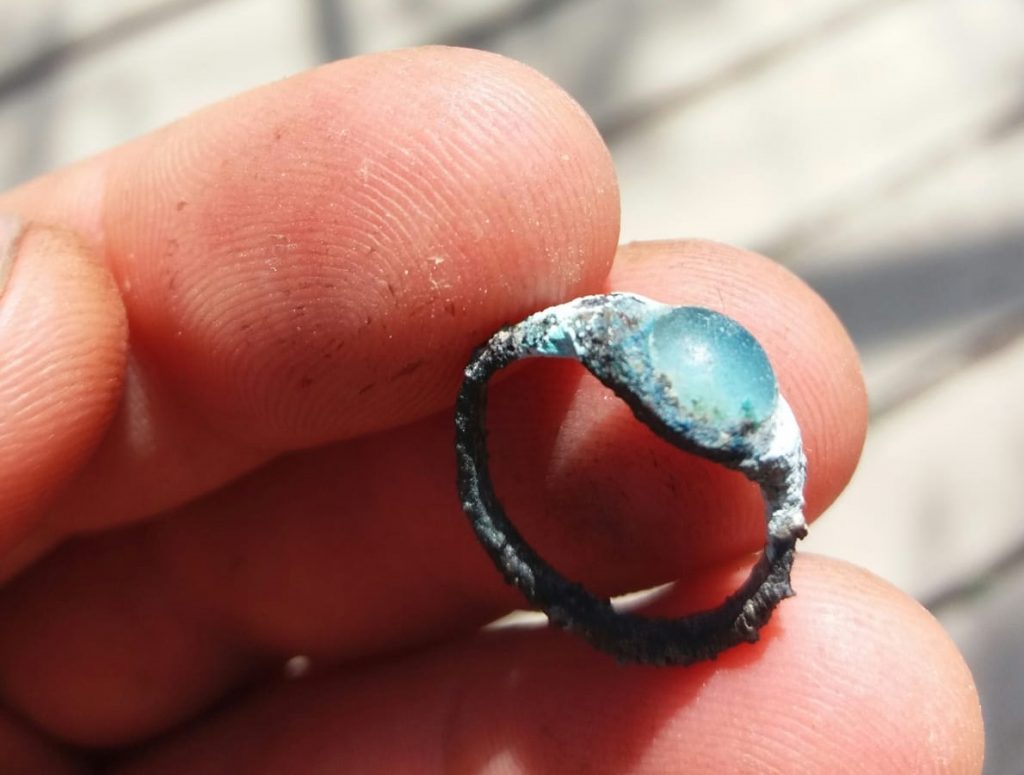 A ring believed by archeologists to be some 2,000 years old has been discovered in a mikveh in the City of David excavations, the Israel Antiquities Authority said on Sunday.

While the bronze ring has suffered much corrosion, its central blue semi-precious stone still sparkles.

“It’s incredible to think that this beautiful ring sat at the bottom of a mikveh on the ancient Pilgrimage Road for 2,000 years, until it was uncovered by archaeologists in the City of David. It is yet another piece in the puzzle that is ancient Yerushalayim,” said Doron Spielman, vice president of the City of David Foundation, which oversees the national park.

The ancient paved road, about 2,000 feet long runs up from the Shiloach (Siloam) pool to Har HaBayis and is thought to have been the main thoroughfare taken by Jews visiting the Bayis Sheini.

The ring was found recently at the City of David’s Sifting Project in Emek HaTsurim, in a bucket of dirt taken from a structure on the side of the broad 24-foot-wide road that is thought to have housed a mikveh.