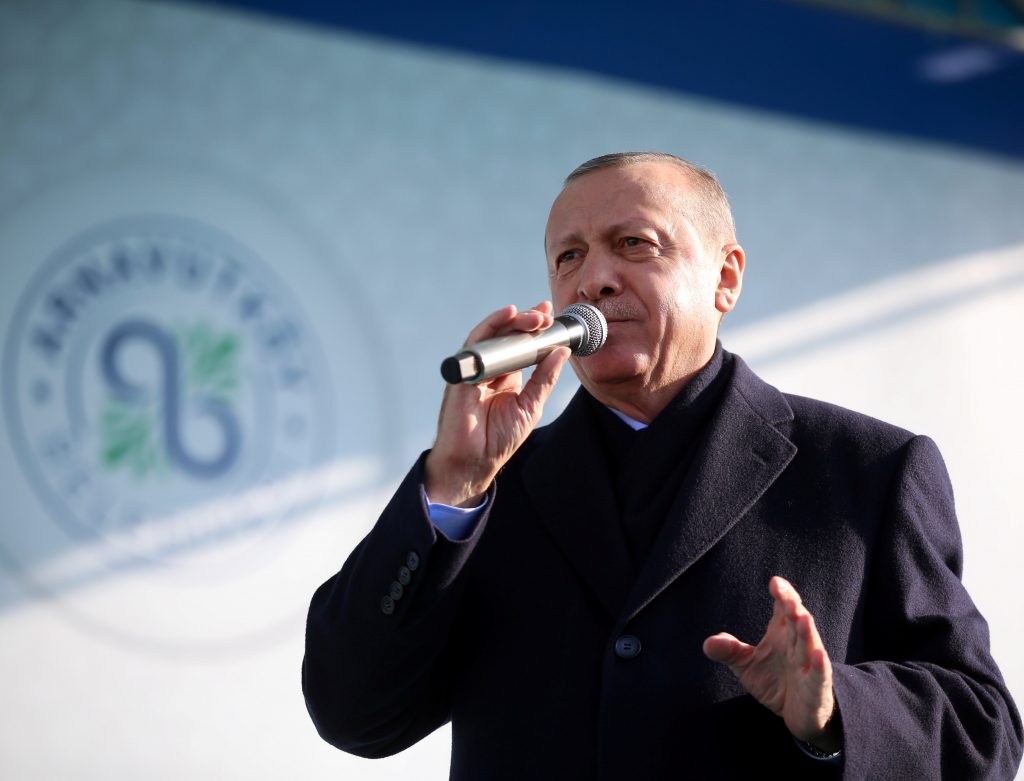 President Recep Tayyip Erdogan’s rancor against Israel continued on Sunday as he accused Israeli Prime Minister Binyamin Netanyahu directly, saying, “You are an oppressor, cruel and at the head of state terror.”

In a speech broadcast in Istanbul, he also accused Israel of “occupying Palestine” and committing “sins, crimes against humanity, massacres.”

In response, Netanyahu said: “I was just exposed to the daily trolling of the anti-Semitic dictator Erdogan.

“He is obsessed with Israel. He knows what a moral army is and he knows what a genuine democracy is, as opposed to an army that massacres women and children in Kurdish villages and a state which, to my regret, is becoming more dictatorial day by day.

“He is obsessed with Israel. But there has been an improvement. Erdogan used to attack me every two hours and now it is every six hours,” the prime minister concluded derisively.

The attacks on Israel from Istanbul weren’t limited to Erdogan. Turkish Foreign Minister Mevlut Cavusoglu wrote on Twitter Sunday that “The occupier which kicks people lying on the ground is easily offended.”

Erdogan’s chief adviser, Ibrahim Kalin, also denounced Netanyahu, accusing him of using the latest exchange with Erdogan “as a political chip” in a bid to save himself “from his domestic troubles.”