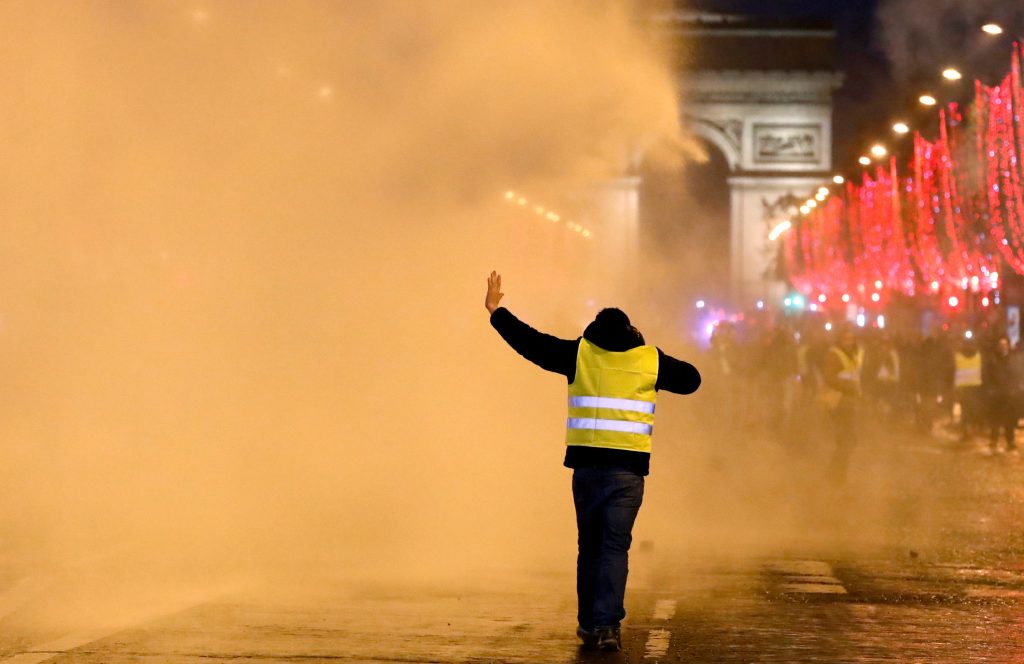 French authorities are defending police actions to contain protest violence after a policeman was seen briefly brandishing a gun at a surging crowd in Paris.

The numbers of protesters were sharply down Saturday on the sixth weekend of actions by the yellow vest movement, but violence again erupted in Paris.

A video of the gun-wielding policeman surrounded by protesters circulated online. He did not fire, but the threat of lethal action shocked many.

Police union officials said Sunday the officer acted in self-defense. The interior minister praised the “professionalism and composure” of security forces and called for a national debate to addresses the protesters’ economic concerns.